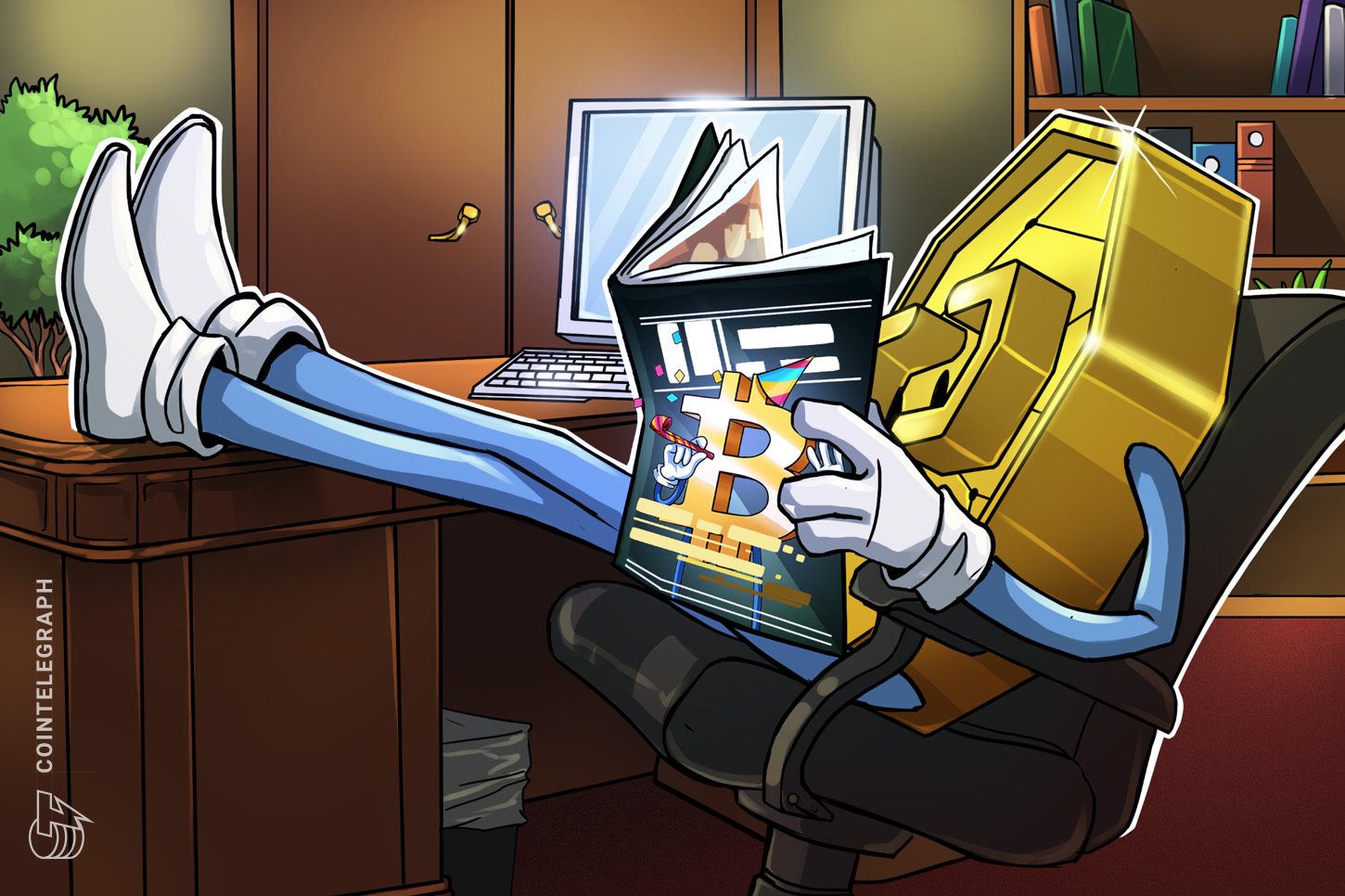 Bitcoin (BTC) received a fitting yet accidental birthday present on Jan. 4 as the Financial Times made it front-page news on the twelfth anniversary of the genesis block.

Released on Monday, the FT’s upcoming headline had already made the rounds on crypto social media prior to publication.

The left-hand column of the front page was dedicated to Bitcoin’s price surge, while the accompanying price chart made it as the paper’s lead image.

The timing could not have been any more conspicuous, coming just one day after Bitcoin celebrated its twelfth birthday. On Jan. 3, 2009, another mainstream newspaper, United Kingdom-based The Times, led with the now-infamous headline, “Chancellor on Brink of Second Bailout for Banks,” which was added to Bitcoin’s first block of transactions, also known as the genesis block.

Keeping Bitcoin company in 2021 was a headline, which some may argue is just as fitting, relating to coronavirus lockdowns — something which wrought huge economic damage and sparked money printing on an unprecedented scale.

Unsurprisingly, proponents of Bitcoin as sound money and an escape from fiat inflation were in a celebratory mood as the FT headline went public.

“On the 1st business day of 2021, #Bitcoin takes its rightful place atop the Financial Times,” Michael Saylor, CEO of MicroStrategy, summarized to Twitter followers, adding a quotation by French author, Victor Hugo.

Crypto leaves classic assets in the dust in 202

As Cointelegraph reported, Bitcoin has already set itself apart as a macro investment in 2021, having beaten traditional assets outright in just four days. Much the same was true for 2020 and most years before, with only other cryptocurrencies and later Tesla stock providing meaningful competition.

“Bitcoin and Ether $ETH are already the biggest hits of 2021,” Gemini exchange co-founder Tyler Winklevoss tweeted as the week began.

Jan. 3 also saw a marked decline in exchange balances, reminiscent of a publicity effort by Bitcoin OG Trace Mayer over the past three years.

Dubbed “Proof of Keys,” Mayer appealed to investors to remove their coins from exchanges en masse on the same day in January as a means of taking control of one’s finances and abiding by the Bitcoin ethos of “being your own bank.”

On Monday, however, the trend had already reversed, with sudden volatility in Bitcoin seeing funds return to exchange order books.

Ether tests $1,200 but bears better positioned for $1.13B options expiry on Nov. 25
FTX stake in US bank raises concerns about banking loopholes
$15.5K retest is more likely, according to Bitcoin futures and options
Turkey seizes FTX assets in the country amid the ongoing investigation
Ripple Execs Blame SEC For BlockFi Demise And Receipt Of ‘Stolen’ Funds