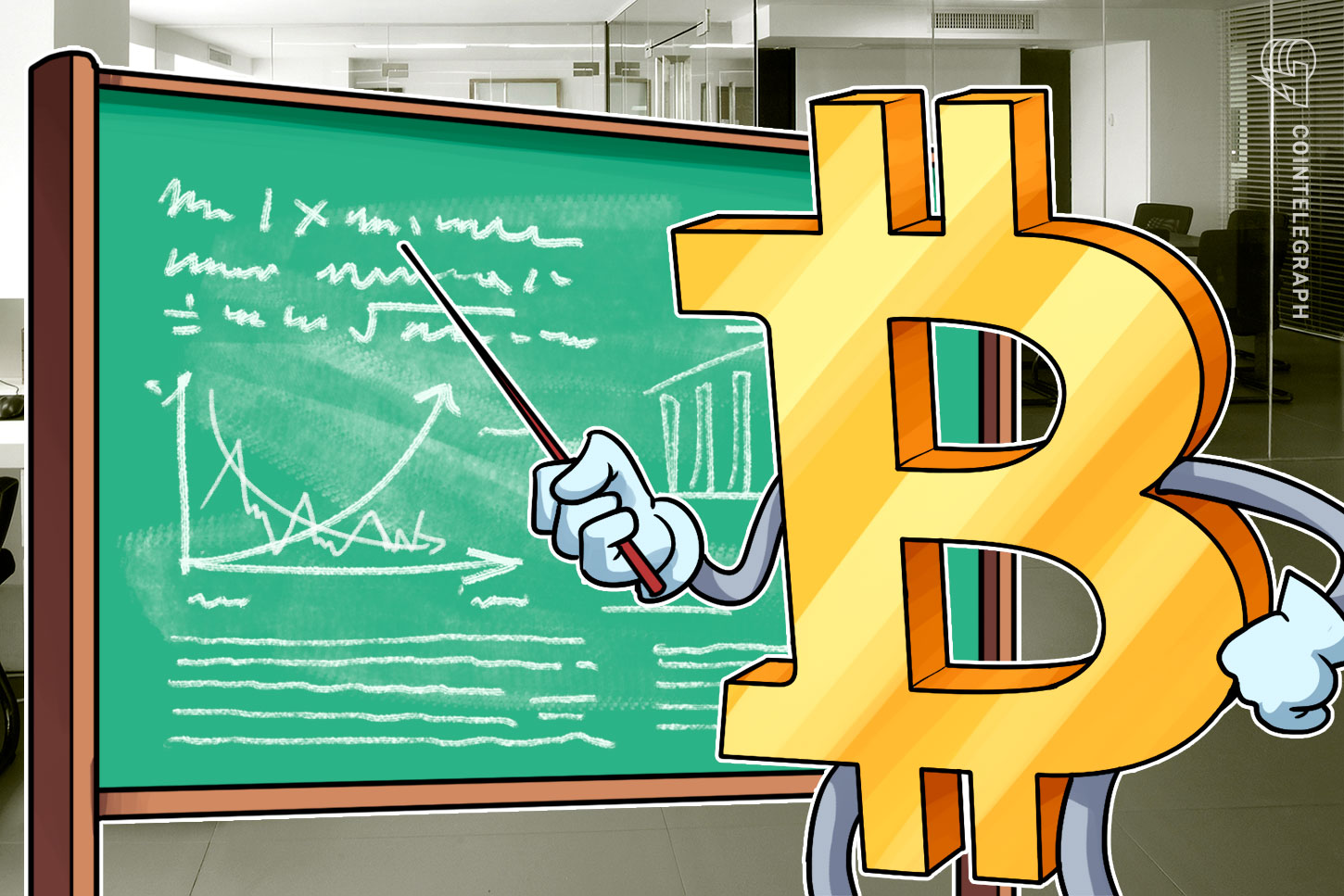 There are many investors feeling validated in the cryptocurrency market now that Bitcoin’s price has established a new all-time high of $34,778.

The last time Bitcoin (BTC) traded anywhere near this level was during the bull run of 2017, when it reached a peak of about $19,783. Even the mainstream media took notice, including the New York Times, which observed that the current rally had “a very different feel to it than the last time around.”

Many in the cryptocurrency community would agree. Therefore, it’s essential to take a deeper look at the factors that are driving the current rally.

The “average Joe” is no longer running the show

Bitcoin hits a new all-time high with a very different feeling to it than the last time around. https://t.co/N5M4EzblOW

In 2017, Bitcoin’s bull run was largely believed to have been fuelled by retail investors who were placing speculative bets on a nascent BTC market and other smaller-cap cryptocurrencies from the initial coin offering craze.

At that time, there were reportedly millions of retail investors in South Korea, Japan and China that became a force in the market. Back then, it was the “average Joe” powering Bitcoin’s more-than-1,300% gain that year, as pointed out in the Wall Street Journal by IG Group chief market strategist Chris Weston.

Fast forward to 2020, and the investor landscape has changed dramatically. Institutional investors, who largely remained on the side-lines in the first bull run, have been the face of the rally this time around.

These investors are largely expected to take long-term holding positions with no intentions of selling anytime soon. They are also flocking to the Bitcoin futures markets, where open interest on the Chicago Mercantile Exchange recently surpassed $1 billion, and they are strengthening their balance sheets with BTC rather than letting it sit in cash.

While it is not unusual for institutional investors to be ahead of the curve, it’s worth repeating that they were not the first ones out of the gate in crypto. In fact, many of the leaders in corporate America who are now entering Bitcoin for the first time are now the very people who dismissed Bitcoin back then.

For example, in October, PayPal announced that it would support cryptocurrency transactions across the 26 million merchants on its platform. Users can also buy, hold or sell cryptocurrencies on the PayPal platform, including Bitcoin, Ether (ETH), Litecoin (LTC) and Bitcoin Cash (BCH).

The irony is that Bill Harris, the former CEO of PayPal, warned in 2018 that Bitcoin had no value and was headed toward zero — he even labeled it as a scam. PayPal is rivaled only by Jack Dorsey’s Square for the pace at which large companies are buying up Bitcoin.

Wall Street firms previously shied away from Bitcoin because of its volatility, chalking it up as a risky asset at best and “rat poison squared” at worst, according to Berkshire Hathaway’s Warren Buffett. While Buffett has yet to come around on crypto, other big investors are diving in.

Billionaire traders from Paul Tudor Jones to Stanley Druckenmiller have turned bullish on Bitcoin, both of whom have been touting the leading cryptocurrency over physical gold.

In 2017, JPMorgan CEO Jamie Dimon threatened to fire employees who traded Bitcoin, but now the firm is publishing bullish analyst reports on the digital asset. Larry Fink, CEO of BlackRock — the world’s largest asset manager — also seems to be warming up to Bitcoin, suggesting that it is not outside the realm of possibility that Bitcoin would “evolve into a global market.” He stated:

“Bitcoin has caught the attention and the imagination of many people. Still untested, pretty small market relative to other markets.”

Meanwhile, MicroStrategy CEO Michael Saylor was a first mover in corporate America into the Bitcoin space, but he wasn’t always a fan. Back in 2013, Saylor said that Bitcoin’s days were numbered and that the market was destined to suffer a similar fate as online gambling.

Then, in an unexpected turn of events, Saylor decided to make Bitcoin the company’s primary treasury reserve asset, scooping up $425 million worth of BTC for the balance sheet. That investment is worth $1.56 billion at last check. On Dec. 4, Saylor upped the ante by purchasing even more BTC.

MicroStrategy has purchased approximately 2,574 bitcoins for $50.0 million in cash in accordance with its Treasury Reserve Policy, at an average price of approximately $19,427 per bitcoin. We now hold approximately 40,824 bitcoins.https://t.co/nwZcM9zAXZ

That was then, this is now

Another key difference is that Bitcoin’s price started off the year in 2017, trading at about $1,000. In 2020, BTC’s price began trading at $7,200. So, it’s much more expensive today, and not all retail investors may realize that they don’t have to buy an entire Bitcoin to gain exposure to the asset.

The fly in the ointment in 2020, however, was COVID-19. For individual investors, the economic slowdown might have thrown a wrench into any investment plans. U.S. unemployment, for instance, is hovering at 6.7%, which means that the economy still has a steep hill to climb if mom-and-pop investors are going to dig themselves out of the hole from the pandemic.

High unemployment translates to low disposable income, and Uncle Sam hasn’t been too helpful. While BTC might be designed to be a great democratizing force, that control can’t be harnessed by people who are struggling with the economic realities of 2020.

Additionally, unlike 2017, East Asian investors have reportedly been unloading their Bitcoin this year at an unprecedented pace.

While #Bitcoin has hit ATH this week, a trend has been playing out that could change face of crypto market: a massive flow of coin to US from East Asia. Shift in center of gravity being driven by an increasing appetite for bitcoin among bigger US investors https://t.co/8Zo3CBbjBW pic.twitter.com/8hoCiTfT0i

Bitcoin ATMs are out front

While the cryptocurrency market may remain in its early innings, it is more mature than it was in 2017. Much of the froth has been weeded out, and it is no longer considered to be the Wild West in many ways.

Despite any retail investor hesitation, channels to entry are growing rapidly, with new exchanges increasingly coming online, including those that are decentralized in nature. Meanwhile, Bitcoin ATMs, which are becoming a competitive and convenient gateway for retail investors, are expanding their footprint across the globe.

Unlike institutional investors, such as Jack Dorsey, whose approach to buying Bitcoin is so complex that he published an investment white paper about it, retail investors can turn to something familiar with Bitcoin ATMs, or BTMs.

As the BTM market begins to mature and the list of genuine operators expands, crypto retail investors may finally have an easy gateway to entry. For example, CoinFlip, one of the largest BTM operators, rolled out thousands of BTMs across the U.S., focusing on locations where people are without bank accounts or internet access.

This cash-to-Bitcoin approach offers retail investors a simple and convenient method to enter the Bitcoin market and, according to Ben Weiss, chief operating officer of CoinFlip, is designed to empower those locked out of the traditional banking system.

Not all Bitcoin ATMs are equal, however, and there are some shady operators out there that are charging fees in the 20% range — a practice that runs against the democratizing principles on which Bitcoin was founded. Fortunately, a growing number of companies are trending toward slashing fees, with CoinFlip and CoinSource taking 6.99% and 11%, respectively.

More important than Square investing $50mm in #Bitcoin is sharing how we did it (so others can do the same): https://t.co/35ABYHuz4f

As the moderate companies lower their fees and the predatory Bitcoin ATM operators fade, retail investors can once again enjoy easy access to a digital asset whose popularity is only growing stronger.

Joshua Harrison is a London-based entrepreneur and crypto investor. He is the co-founder of Harrison & Keen Trade — a cryptocurrency trading and forecasting firm. Harrison is also active in the digital payments space, where he advises entrepreneurs on their market rollout and compliance strategies.