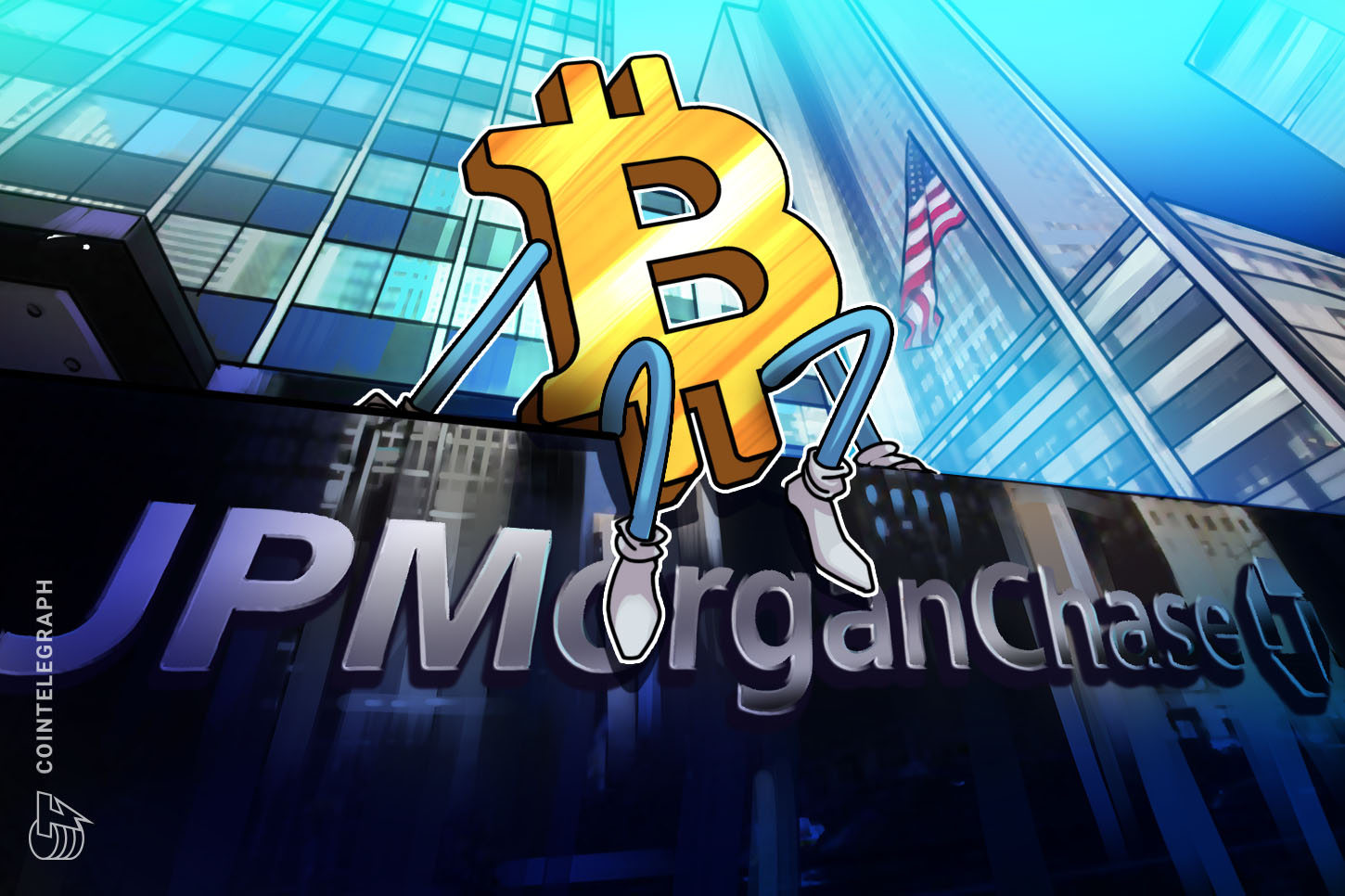 Drawing parallels between Bitcoin (BTC) and gold’s role as a hedge for investors has been popular for years. Until now, the stark discrepancy in the total market capitalizations of the two assets has limited these analogies to a significant extent. Gold, even after a major Bitcoin price rise in Dec. 2020, continues to command roughly 4.6 times Bitcoin’s current $5.85 billion market capitalization.

Yet strategists at the American multinational megabank JPMorgan Chase are forecasting a possible scenario in which Bitcoin can seriously take on its predecessor. On Jan. 5, a Bloomberg report cited a note from the bank’s strategists, led by Nikolaos Panigirtzoglou, in which they sketched out a path to the total private sector investment in Bitcoin coming to equal the value that is currently invested in gold via either exchange-traded funds or bars and coins.

Yet such a path crucially depends on Bitcoin’s volatility converging with that of the precious metal, they stressed, and that is likely to take some time:

“A crowding out of gold as an ‘alternative’ currency implies big upside for Bitcoin over the long term […] a convergence in volatilities between Bitcoin and gold is unlikely to happen quickly and is in our mind a multiyear process. This implies that the above-$146,000 theoretical Bitcoin price target should be considered as a long-term target, and thus an unsustainable price target for this year.”

As Cointelegraph reported yesterday, Bitcoin has weathered a couple of days of choppy and highly volatile price action, with a brief dive down to $27,700 on Jan. 4 followed by a bounce to almost $30,000. As of press time, the coin is trading closer to $31,5000. Yesterday’s plummet was the starkest since the coin recovered the $20,000 price point in December 2020.

Amid this backdrop of persistent volatility, the JPMorgan strategists nonetheless identified strong positive signs for the cryptocurrency — pointing to an accumulation of speculative long positions — yet warned that reading the investment landscape in the medium-term remains difficult:

“The valuation and position backdrop has become a lot more challenging for Bitcoin at the beginning of the New Year […] While we cannot exclude the possibility that the current speculative mania will propagate further pushing the Bitcoin price up toward the consensus region of between $50,000–$100,000, we believe that such price levels would prove unsustainable.”

On Jan. 1, Bitcoin reached an all-time-high against gold, surpassing its previous peak back during the winter 2017 bull market. In December of last year, the same team of strategists led by Panigirtzoglou was already suggesting that Bitcoin could eat into gold’s market share in the future, envisioning a major shift in institutional allocation towards the cryptocurrency.

Meanwhile, an eventful trading climate has caused volumes on major cryptocurrency exchanges to hit record highs. On Jan. 4, Binance, the world’s largest crypto exchange by trade volume, reported an all-time-high of $80 billion in 24-hour trade activity. “To put this in perspective, from Nov 15, 2017 to Dec 15, 2017, the month leading up to the ATH [all-time-high] in 2017, Binance did $20 billion in trading volume in 1 month,” the exchange’s CEO wrote on Twitter.

Equally unprecedented, however, was futures traders’ loss of a total of $190 million on Binance alone in just one hour, the largest value of a mass liquidation to date on the platform.

What is an ascending triangle pattern and how to trade it?
ChatGPT learns Bitcoin will end central banking and fiat currency
Ethereum Hovers Above $1,600, What’s The Next Move?
New South African Code Says Crypto Asset Ads Must Include Capital Loss Warning
Crypto to play ‘major role’ in UAE trade: foreign trade Minister