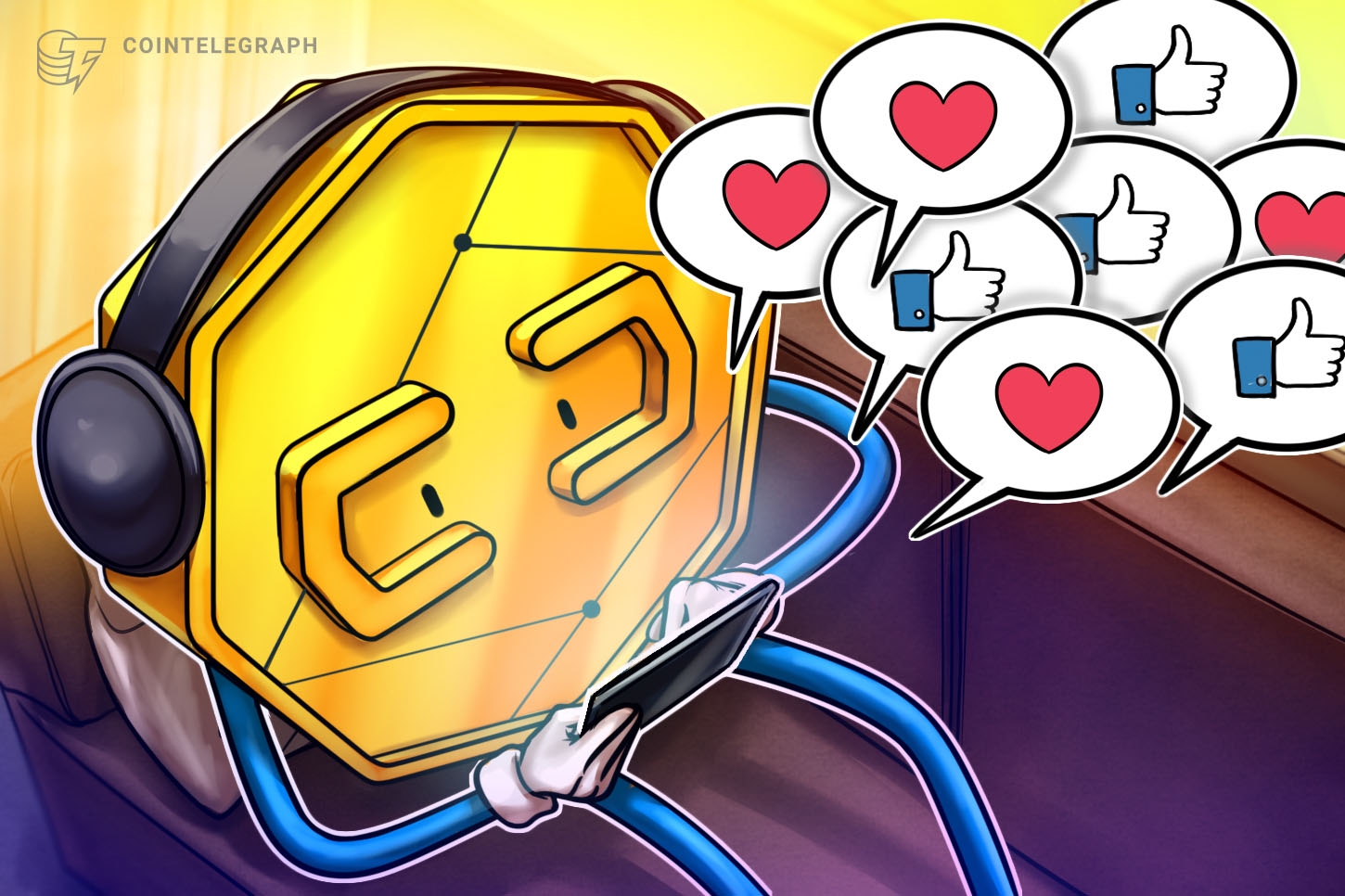 When the Securities and Exchange Commission gave its blessing to social media platform IMVU to launch VCOIN, it was a major leap forward for acceptable scope of crypto applications.

The implications for what sorts of projects the SEC considers a security are, in and of themselves, huge. But part of the appeal of VCOIN to the SEC is that, with its stable price and clear use case, IMVU has managed to demonstrate to the commission that the token is a means of making the platform a more lifelike digital world that is more fun to hang out in.

For those unfamiliar, IMVU advertises itself as “a social experience.” It’s similar to Second Life in that users take on 3D avatars with which to explore a world. In IMVU’s case, that world is mostly bars and clubs — 3D environments overlaid onto chatroom dynamics. But people spend money on those things and, in IMVU’s case, send money to each other.

We have the economy…

Using its existing credits, priced at 1,000 to the dollar, IMVU already hosts an economy featuring a monthly 27 million transactions that add up to $14 million. According to John Burris, the “comprehensive virtual economy” is worth some $45 million, and its existence is central to IMVU’s appeal to the SEC.

The scale of VCOIN’s prospective userbase is unprecedented among SEC no-action letters — which basically certify that the commission will not consider a token a security if it abides by certain stated provisions. The SEC has said that cryptocurrencies like Bitcoin and Ether are also not securities, but that is because they do not owe their success to any single entity. Decentralization has its legal benefits, in other words.

VCOIN is obviously a centralized project by IMVU, and nobody is making any bones about it, but the no-action letter is acknowledgment that VCOIN is a utility token, with IMVU’s internal economy as its use case. While users will be able to take VCOIN off of IMVU’s platform and into Uphold wallets, IMVU’s platform should remain their primary use. This provides the SEC with another feature they hold dear: Siloed usage.

Comparing VCOIN to, say, Facebook’s Diem (formerly Libra), there are similarities. Namely, an existing social platform trying to overlay a fiat-pegged token onto its network. However, seven million users is obviously not the same as two billion, and the limits to VCOIN’s use case are largely within the confines of its virtual world. Despite the ability to shift value off of the platform, there’s no reason to expect the bulk usage of VCOINs to move outside of its monetary snow globe. Facebook, on the other hand, with its Marketplace alone could link Libra up with the ability to buy real houses, cars, or, if the Republicans of the Financial Services got their way, guns.

Global use inside the snow globe, and where KYC will factor in

A noteworthy provision of IMVU’s plan is that users will be largely free to exchange VCOIN among themselves within its snow-globe environment without know-your-customer identification. “We wanted there to be no KYC, for a majority of users; the ability to purchase, spend, hold, send to other users, pay with VCOIN without KYC,” said Burris. There are certain countries where users will simply not have access to VCOIN — China being a notable example. But according to the team, users from 140 countries will suddenly be able to transact.

KYC will kick in, however, when those coins leave IMVU’s purview for the off-platform crypto wallets, which is where they will actually run on a blockchain rather than IMVU’s ledger. The traditional hard barrier where KYC becomes essential for most crypto businesses is when a user looks to convert crypto into fiat or back again. This is another area where the boundaries of IMVU’s platform help it go beyond normal compliance requirements.

VCOIN’s wallets, in turn, will be under the management of Uphold, an established U.S.-based hot wallet provider rather than IMVU itself. This ties in to another standing concern by U.S. regulators. Casting back to the Libra squall, another area of suspicion was the Association’s affiliate, Calibra. Despite subsequently rebranding to Novi — so it didn’t actually include the word “Libra” in it — Congress correctly identified these organizations as linked.

The idea of launching a new coin dependent on a new wallet dependent on the same company’s development, and then giving that project immediate access to Facebook’s two billion users was a bridge too far. The partnership with an established crypto firm seems to be picking up with U.S. regulators as the preferred alternative. It’s how, with Paxos’ help, PayPal got New York’s Department of Financial Services to sign off on its crypto launch in October.

And what about speed? While what Cointelegraph got to see was only a demo version of the final platform, the exchange of VCOINs between users worked about as close to instantly as you can ask for.

While all the provisions that make IMVU appealing to regulators may rub the crypto faithful the wrong way, Burris thinks it’s more about advancing crypto’s utility for regular users than pushing the boundaries of what blockchain technology can do:

“We think we’re launching something really special here. We know we are for the gaming, avatar, social space, but even in the crypto space. As, over the last two plus years, I met with all the big players in the space and those pushing activities around, large protocols, everybody’s looking for real applications. I do think the DeFi stuff has crushed it and I love that category, but I think we’re all looking for true use cases for these kinds of experiences.”

So, stay tuned for launch to see if the system that IMVU has set out manages to satisfy both users and regulators alike. The snow-globe marketplace of IMVU may end up a schematic for the next phase of digital economies.