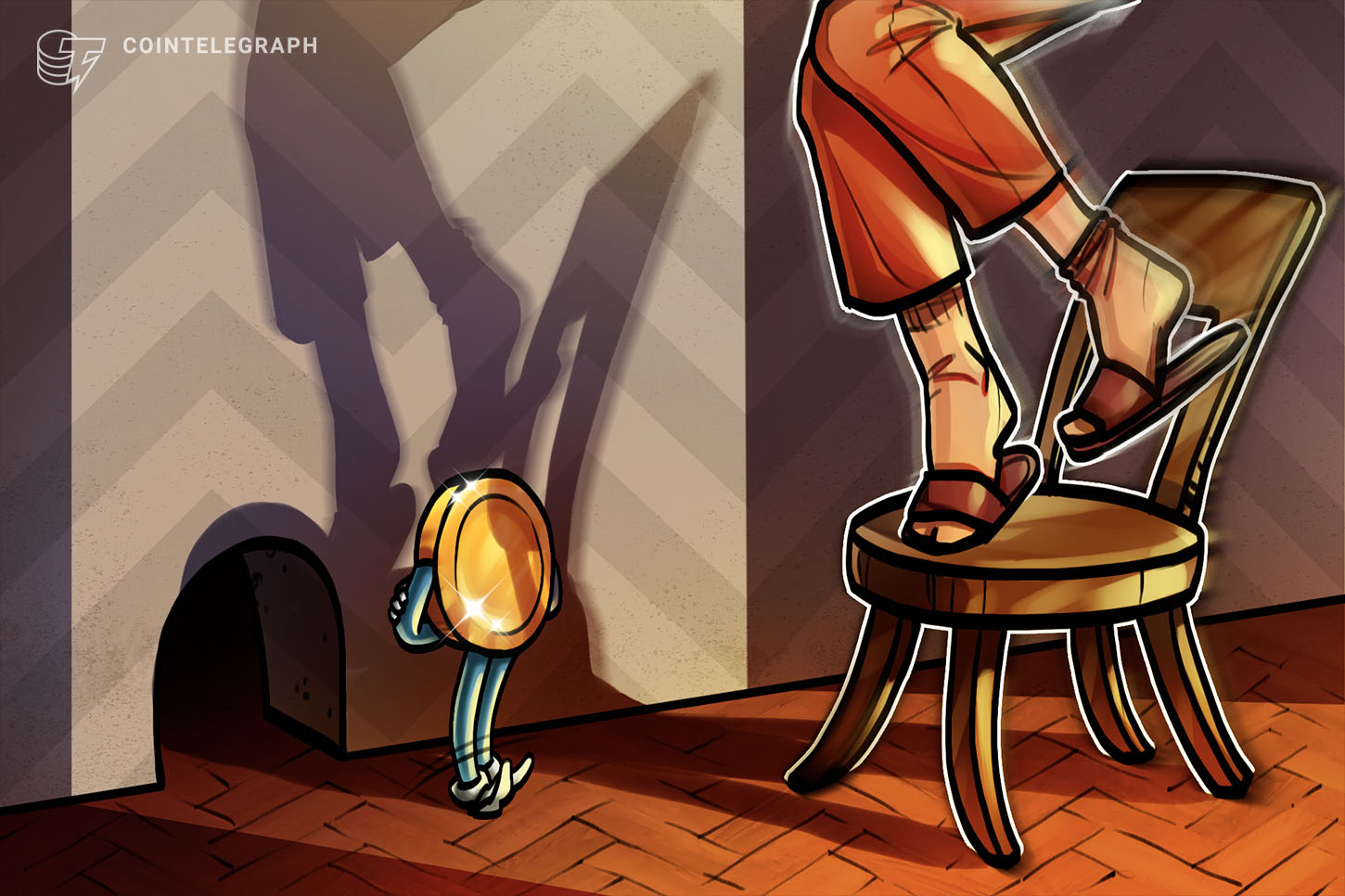 On New Year’s Day, the U.S.-based crypto exchange Bittrex announced via Twitter that it was delisting three leading privacy coins: Monero (XMR), Zcash (ZEC) and Dash. A link promised further details, but those who followed it learned nothing to explain why trades in those tokens would end on Jan. 15.

Still, the news couldn’t have been entirely surprising. Regulators, both in the United States and abroad, have been casting a gimlet eye at privacy coins these days. Unlike Bitcoin (BTC) and Ether (ETH), the coins promise enhanced anonymity by hiding users’ addresses and transaction amounts, which make transactions more difficult to trace. Government agencies suspect they may be used for tax evasion, money laundering and perhaps other criminal activities.

The U.S. Treasury Department’s Financial Crimes Enforcement Network, for instance, noted in its Dec. 23 proposed rule change that anonymity-enhanced cryptocurrencies, or AECs, “have a well-documented connection to illicit activity,” having been “used to launder Bitcoins paid to the wallet used in the Wannacry ransomware attack,” for instance. Moreover:

“Several types of AEC (e.g., Monero, Zcash, Dash, Komodo, and Beam) are increasing in popularity and employ various technologies that inhibit investigators’ ability both to identify transaction activity using blockchain data and to attribute this activity to illicit activity conducted by natural persons.”

Elsewhere, the U.S. Internal Revenue Service announced in September that it would provide a bounty of up to $625,000 to anyone who could break Monero, the most widely used privacy coin — suggesting that the agency believes the coin may be used to hide taxable income.

“Bittrex’s action does not surprise me”

Timothy Massad, former chairman of the U.S. Commodity Futures Trading Commission and now a senior fellow at Harvard University’s Kennedy School, told Cointelegraph: “Bittrex’s action does not surprise me.” He went on to clarify that “the use of crypto for illegal purposes has been a top concern of law enforcement agencies and regulators in the U.S. (and elsewhere), so a focus on privacy coins is to be expected.”

The scrutiny of the coins is not confined to the United States. In 2019, the South Korean unit of OKEx delisted five privacy coins, including XMR, Dash and ZEC, citing the G20’s Financial Action Task Force’s Anti-Money Laundering rules — in particular, the need for the exchange to have an address for both the sender and recipient of a crypto transaction, which privacy coins do not provide. Japan, for its part, banned privacy coins in June 2018, referring to Monero, Zcash and Dash at that time as “three anonymous siblings.”

But as is often the case with cryptocurrencies, things aren’t as simple as they first appear. While acknowledging that many of regulators’ concerns with privacy coins are valid, Jevans observed that “the data still shows that Bitcoin, which is more traceable than cash, remains the currency of choice for criminals because of the ubiquity of off-ramps into fiat.” Meanwhile, following the Bittrex delisting, Dash’s Twitter account unsurprisingly issued a defensive statement, noting: “Dash’s privacy functionality is no greater than Bitcoin’s, making the label of ‘privacy coin’ a misnomer for Dash.”

Others have suggested that the Bittrex action might have been an effort to get in step with the FATF’s Anti-Money Laundering guidelines, or “travel rule,” and if so, other U.S. exchanges may soon do likewise. Andrew Miller, a professor at the University of Illinois and a board member at the Zcash Foundation, had doubts about this explanation, telling Cointelegraph: “Since Kraken, Gemini and other exchanges continue listing privacy coins, I don’t think it’s because of a specific regulatory requirement.”

When Cointelegraph contacted Bittrex about its recent delistings, a spokesperson for the company said: “Bittrex does not have a comment for this story.” It should be noted that Bittrex U.S. also delisted XRP on Dec. 29, but that is likely down to the U.S. Securities and Exchange Commission filing charges against Ripple.

Other commentators argue that there is not anything intrinsically problematic about privacy coins. Indeed, they are a useful innovation, though perhaps they need to be managed better. “There is nothing inherently wrong with privacy coins,” said Jevans, even if they make it easier to launder money than BTC.

As noted, cash is easier to launder than Bitcoin, yet no one is talking about eliminating cash, he suggested. Miller added that privacy coins, too, could be a counteragent for excessive monitoring of crypto markets on the part of authorities, including “warrantless bulk surveillance.”

Giulia Fanti, a professor at Carnegie Mellon University, told Cointelegraph: “The global economy is moving towards a digital financial system that will enable fine-grained surveillance by governments and/or corporations.” Privacy coins matter, among other reasons, as they signify innovation:

“They are helping spur the development of cutting-edge privacy technologies that could eventually be used in centralized digital financial services. So, while privacy coins can certainly be used for money laundering, they also provide an important counterweight to some concerning societal trends.”

Preston Byrne, a partner with law firm Anderson Kill, told Cointelegraph: “Privacy coins are an important innovation not just in terms of incentivizing the development of new decentralized crypto systems but also in terms of the importance to society of having a confidential means of entering into transactions generally, a role currently filled by cash.” Moreover, privacy coins may be less useful in hiding certain illicit activities than some regulators think — provided certain guardrails are in place, according to Byrne:

“Attempting to hide one’s activity through a privacy coin is also unwise due to the fact that, at least for the time being, getting from the cryptoverse into real assets requires touchpoints with regulated exchanges where KYC [Know Your Customer verification] is conducted. Pushing privacy coins off of exchanges where KYC takes place strikes me as counterproductive.”

Still, Jevans believes that “we should expect more exchanges in the U.S. and globally to delist privacy coins in order to ensure compliance until they can deploy a risk-based approach to preventing money laundering.” This may not help, though, said Byrne: “In the long term, the explosive growth in so-called ‘decentralized exchanges’ will likely pick up the slack, without the benefit to the government of having coins occasionally make contact with regulated touchpoints.”

These “regulated touchpoints” could indeed prove privacy coins’ salvation. A custodial wallet operator, for instance, “can generally see the transactions a user is executing and can still require the user to provide some form of identity,” explained Fanti, adding:

“So, even if a privacy coin hides transaction contents on the public blockchain, there may still be ways to enforce regulatory requirements — at least for some important classes of transactions — with the cooperation of custodial wallet operators.”

Both Zcash and Monero also support a technology called “view keys” that give an option to disclose information about a transaction to auditors or regulators in a secure manner, as Miller added: “It’s a common misconception that privacy coins fundamentally undermine or are incompatible with the existing way regulations are applied” — a sentiment voiced on social media, suggesting that privacy coins are more about personal freedom than money laundering.

On Jan. 7, it was announced that a crypto custodian will issue wrapped Monero on the Ethereum network, suggesting that not just DEXs could be working on finding a place for the three so-called privacy coins to flourish.

In the end, a kind of balancing act may be required on the part of regulators and the crypto community, where the challenge is to preserve the privacy strengths of cryptocurrencies but without making them a haven for money launderers and ransomware criminals.

“I would expect to see continued efforts to address the risk and to step up KYC/AML enforcement as the new administration comes in,” Massad told Cointelegraph, adding: “Whether privacy coins can be ‘managed better’ to satisfy both law enforcement interests and those who like the greater anonymity they provide is an interesting question. I can’t say I’ve seen that yet though.”