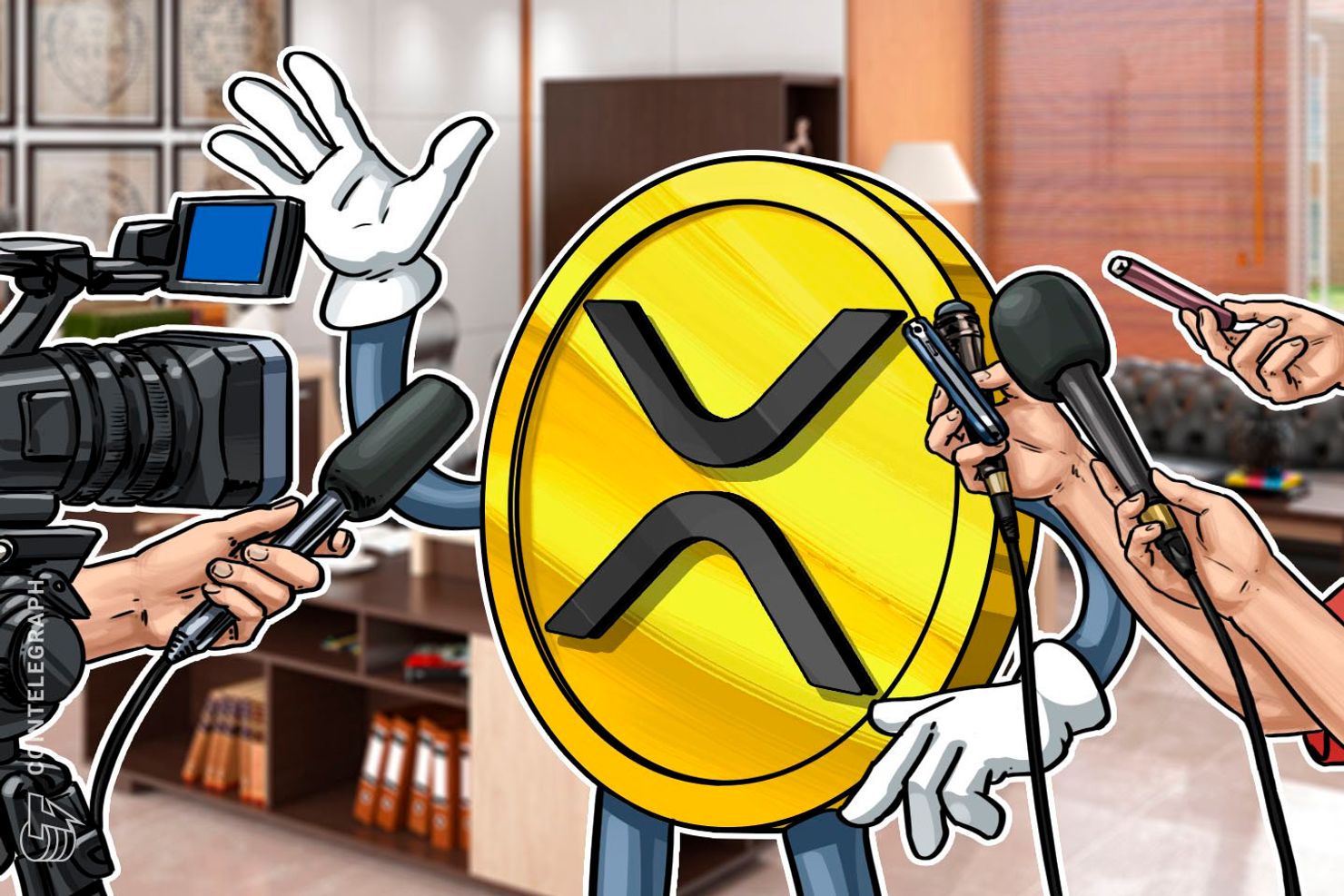 Central Bank Digital Currencies (CBDCs) have been an integral part of progressive discussions within the cryptocurrency community. CBDCs are virtual representations of the fiat currency of a particular country. They are often based on blockchain technology and are issued and regulated by the official monetary organization of the country. The feature that makes them different from cryptocurrencies like Bitcoin and Ether is that CBDC’s are backed by the central bank’s deposits of the country’s currency and are regulated by the central bank while cryptocurrencies are not.

Cointelegraph discussed with Thomas Trepanier, Director of Business Development for Roxe at Apifiny, a digital platform for financial institutions, the role CBDCs could play in the world economy. He opined:

The first CBDC to launch officially is the Bahaman Sand Dollar issued by the Central Bank of Bahamas, it was launched on October 21st. The Sand Dollar is a state-backed currency pegged to the Bahaman Dollar which is in turn pegged to the United States Dollar. As per the official website, Bahaman citizens can use this sand dollar as a payment to any merchant with a central bank-approved e-wallet on their mobile device while the transaction fees are negligible. This feature makes the sand dollar a retail CBDC as compared to wholesale CBDC’s which are tailored for the use of financial institutions. NZIA is the chosen technology solutions provider by the central bank to manage the operations of the digital currency.

Cointelegraph discussed with a representative of the central bank of the Bahamas, who elaborated how being a retail CBDC achieves their objective:

“A core objective of Project Sand Dollar is to promote more inclusive access to regulated payments and other financial services for unbanked and underbanked communities and socio-economic groups within the country. As a retail CBDC, Sand Dollar allows us to accomplish this goal.”

Even though the Sand Dollar launched more than 2 months ago, there is no clarity as to it’s currency usage in the financial system. According to an official press release, the first phase focuses on the private sector while the second phase starting in 2021 targets government services and public utilities.

While the sand dollar is the first CBDC to officially launch, there are many countries that are running pilot CBDC programs or are having active discussions about the introduction of CBDC’s, Cointelegraph identifies the first 5 CBDC’s that could be introduced in 2021 & 2022. These are China’s digital yuan, the digital Euro project, Sweden’s E-Krona, Thailand’s digital currency and Australia’s digital currency.

The Digital Yuan: The forerunner amongst CBDCs

China’s Digital Yuan has a high probability of being the next CBDC to go live and the launch will be a milestone for the CBDC movement considering the scale in question. The People’s Bank of China has been aggressively pursuing research on the digital currency, started back in 2014 with pilot projects undertaken in more than four Chinese cities including Shenzhen, Suzhou, Chengdu and Xiong’an worth $300bn. Christened the Digital Currency Electronic Payment (DC/EP) the country’s prospective CBDC is backed by the central bank’s yuan deposits.

China is expected to be among the first major economies to launch their sovereign currency with regulators suggesting the adoption of the digital currency would empower China to internationalize the yuan and break the U.S. Dollar’s monopoly on international payments. Cointelegraph discussed this aspect further with Adrian Huntelar, Customer Success at Coinsquare, a digital asset platform, who said:

“It is the largest trial-phase digital currency worldwide. Among global economic superpowers, China has first-mover advantage because of its successful pilot in 4 cities in 2020. It remains an open question whether the success of the Digital Yuan might elevate China’s role as a player in international finance.”

China’s central bank is also collaborating with the Hong Kong Monetary Authority (HKMA). The two are in the preliminary stages of piloting the digital yuan for cross border payments. The HKMA has collaborated with the Bank of Thailand through a joint research project launched in 2019 to address concerns with cross border payments and digital currencies, which is in the second stage now.

Considering the sizable population in China and high mobile internet user penetration, the digital yuan may prove to be the best example of the use cases and feasibility of CBDC’s in both retail and wholesale scenarios. Per information released in early November, digital yuan pilots have tested more than 2 billion yuan i.e. $300 million worth of transactions in over four million separate transactions. Although the yuan does seem to be the first major currency to be launched in a digitized format, there are concerns about the privacy of user data and it’s usage, an aspect the Chinese government doesn’t seem to be concerned with at the moment.

The European Central Bank (ECB) has begun examining the prospect of a digital euro. The President of the ECB, Christine LaGarde said, “We should be prepared to issue a digital euro, should the need arise.”, but failed to commit to a particular timeline or design that would be met. Due to the nature of the European Union (EU) and it’s 27 member nations, there would be a lot of international and European institutions that would need to reach a consensus which would satisfy the expectations of all prospective stakeholders. An agreement would be a monumental shift in how the European economies operate.

On Oct. 2 2020, the ECB published a report on the digital euro, highlighting the reasons to issue a digital euro, the potential effects of the issuance and the legal considerations which would need to be taken into account. According to this report, the Eurosystem will decide by mid-2021 whether to launch a digital euro project starting with an investigation phase.

The report titled ‘Report on a Digital Euro’ states that one of the CBDCs objectives is to ‘directly influence the consumption and investment choices of the non-financial sector’ using the monetary policy to set the remuneration rate on the digital Euro.

The e-krona is the CBDC under development at the central bank of Sweden, the Riksbank. Sweden began pilot testing the e-krona in 2019 in partnership with Accenture. The e-krona is intended to be a retail CBDC, and the pilot project aims to show how the general public can use the currency.

After running the pilot testing through 2019 and 2020, the Swedish Riksbank is now exploring the feasibility of the entire country shifting to a digital currency. The Bank of International Settlements (BIS) computed back in 2018 that Sweden is the most cashless society in the world, calculated as a percentage of the country’s gross domestic product (GDP). Infact amidst the pandemic, Sweden’s cash usage fell to its lowest, which is less than 10% according to Riskbank’s research.

This low usage of cash indicates that most of the citizens in the country are already used to digital methods of payment, so this would make the transition to using the country’s CBDC more effective and convenient for the masses with some additional infrastructure. The Swedish financial markets minister, Per Bolund has stated that the review should be completed by November 2022.

The central bank, Bank of Thailand (BoT) has been one of the leaders in the CBDC movement and have dubbed their own CBDC initiative as ‘Project Inthanon’. The BoT have passed stage 3 of the implementation of the digital Thai Baht with their testing with several corporations earlier in July this year. Two years ago, the BoT even ran a proof-of-concept of the digital Baht as a wholesale CBDC. Eight large banks participated: HSBC, Standard Chartered, Bangkok Bank, Krung Thai Bank, Bank of Ayudhya, Kasikornbank, Siam Commercial Bank and Thanachart. In this proof of concept, the BoT and participant banks ran design thinking workshops along with functionality testing to identify pain points and design solutions.

The technology partner back then was R3, the enterprise blockchain company alongside Wipro. Although the Bank of Thailand (BoT) announced in October this year that they have implemented the Ethereum blockchain using the Ethereum development firm ConsenSys to develop the proof-of-concept for the digital baht as a retail CBDC. This may lead to a few challenges for retail investors considering the high gas fees on the Ethereum network. ConsenSys revealed that the digital thai baht would be issued through the ERC-20 smart contracts, the standard for ethereum. This has given the BoT a chance to consider Decentralised Finance (DeFi) use cases for their digital baht.

The proactive approach that the BoT has taken towards the development of their CBDC, makes them one of the leaders of the CBDC movement.

Australia has been one of the global leaders in adoption of blockchain technology in general. Although there are no indications that the Reserve Bank of Australia (RBA) has any plans to launch a retail CBDC, in November they have launched a partnership with Commonwealth Bank, National Australia Bank, Perpetual and ConsenSys to research the feasibility for a wholesale CBDC using distributed ledger technology (DLT).

The project is expected to be completed around the end of 2020 and the parties intend to publish a report on the project and its main findings during the first half of 2021. This could be followed by a full fledged launch within the next couple of years for financial institutions to use considering how the country adapts to the blockchain technologies. Trepanier from Apifiny supported this hypothesis, saying:

“Australia will most likely come to market first because the country has been on the cutting edge in blockchain for a long time, most notably with renowned banker Blythe Masters’ company, Digital Asset Holdings.”

There are many other countries that are still in talks about testing and launching their own digital currencies. Countries like the United States, United Kingdom and Germany are also having internal conversations about the pragmatic feasibility of their own digital currencies. South Korea is also one of the countries running pilot tests for their very own CBDC. Considering the clout of the governments working on CBDCs, currency digitization is set to ramp up, bringing with it the crypto industry as a whole.