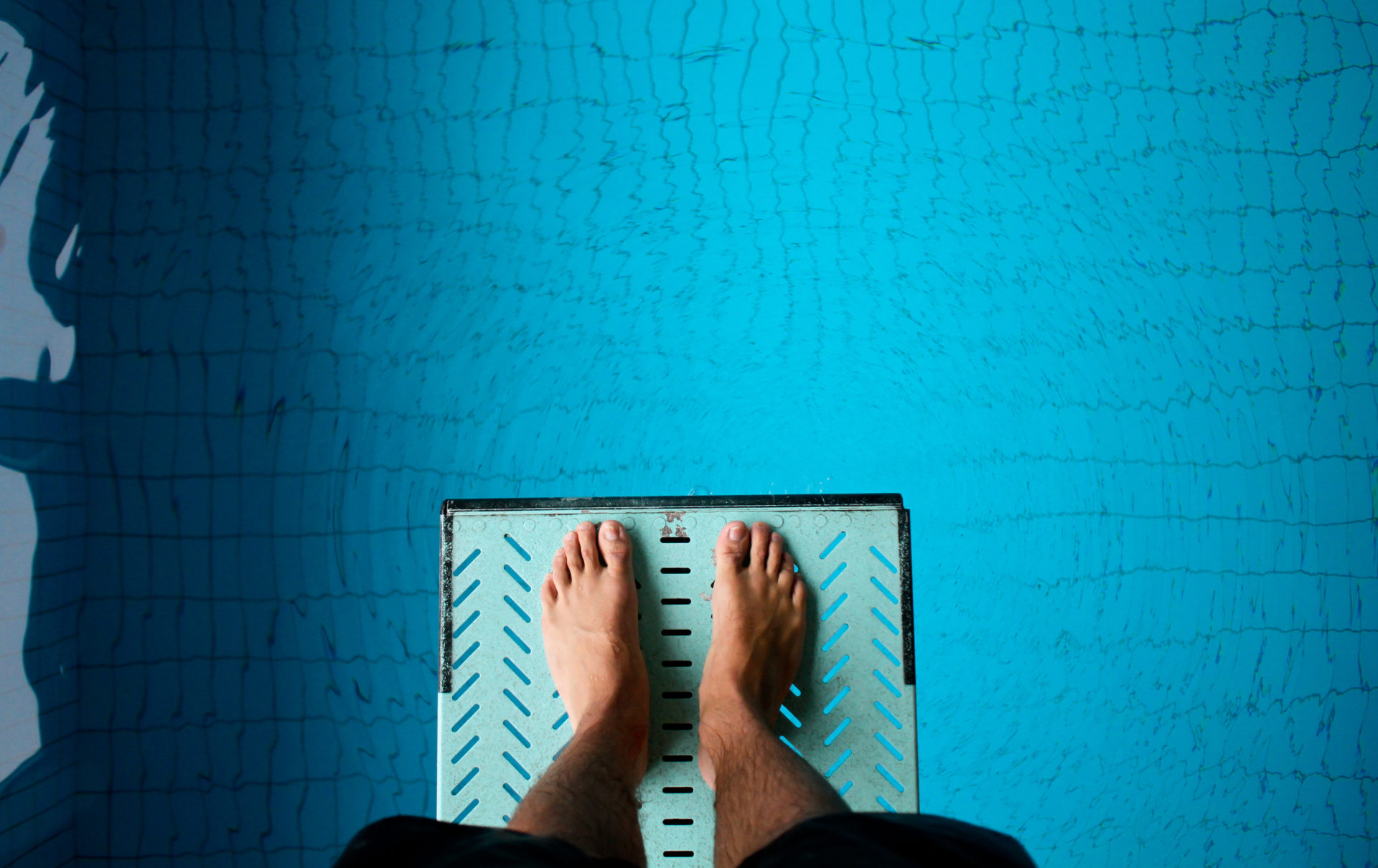 XRP has been on a near-unstoppable rally over the past two weeks.

Even during last weekend’s flash crash, during which Ethereum crumpled by 26% in the span of five minutes, XRP was largely unfazed: it bounced back to multi-month highs just hours after the crash. Yet there is a textbook indicator printing a sell signal.

XRP is forming a “sell 9” candle on its daily chart, as per the Tom Demark Sequential. The sequential is a time-based indicator that prints “9” and “13” candles at the inflection points in the trend of an asset.

This “sell 9” candle that has formed on the chart of the altcoin predicts a multi-day correction. 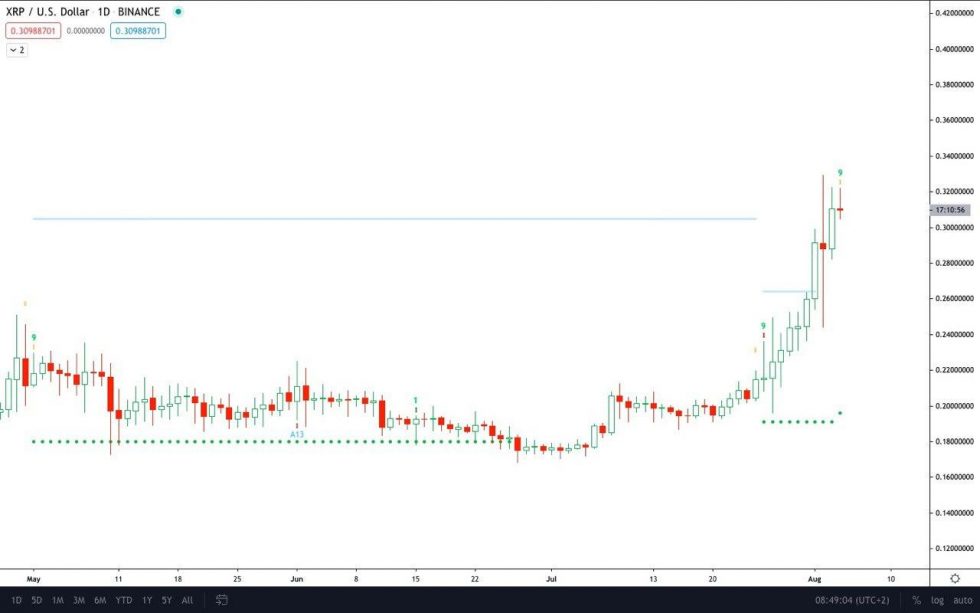 There are other signals and analysts predicting a retracement or at least a period of consolidation as XRP approaches critical resistance levels.

Cryptocurrency research firm Blockfyre published the chart below on August 3rd. It wrote that XRP is unlikely to break past the macro resistance at $0.33 at first go and will instead consolidate below this level, then potentially move higher:

“$XRP up 32% since the breakout of this downtrend and initial post but finds it self hurtling at light speed towards heavy resistance which should stall it for some time before continuation. Bulls looking for weekly close above .30-33.”

The cryptocurrency’s recent price performance comes shortly after Ripple Labs revealed in its Q2 market report that it has been buying XRP on the secondary market. This comes after the company faced criticism from some corners of the industry who argued that Ripple was suppressing the asset’s price.

“A healthy, orderly XRP market is required to minimize cost and risk for customers, and Ripple plays a responsible role in the liquidity process. As more financial institutions leverage RippleNet’s ODL service, more liquidity is added into the XRP market. That said, Ripple has been a buyer in the secondary market and may continue to undertake purchases in the future at market prices,” wrote the company in the report.

Along with its purchases of the cryptocurrency on the open market, Ripple also sold $32.5 million worth of the asset over the counter over Q2.