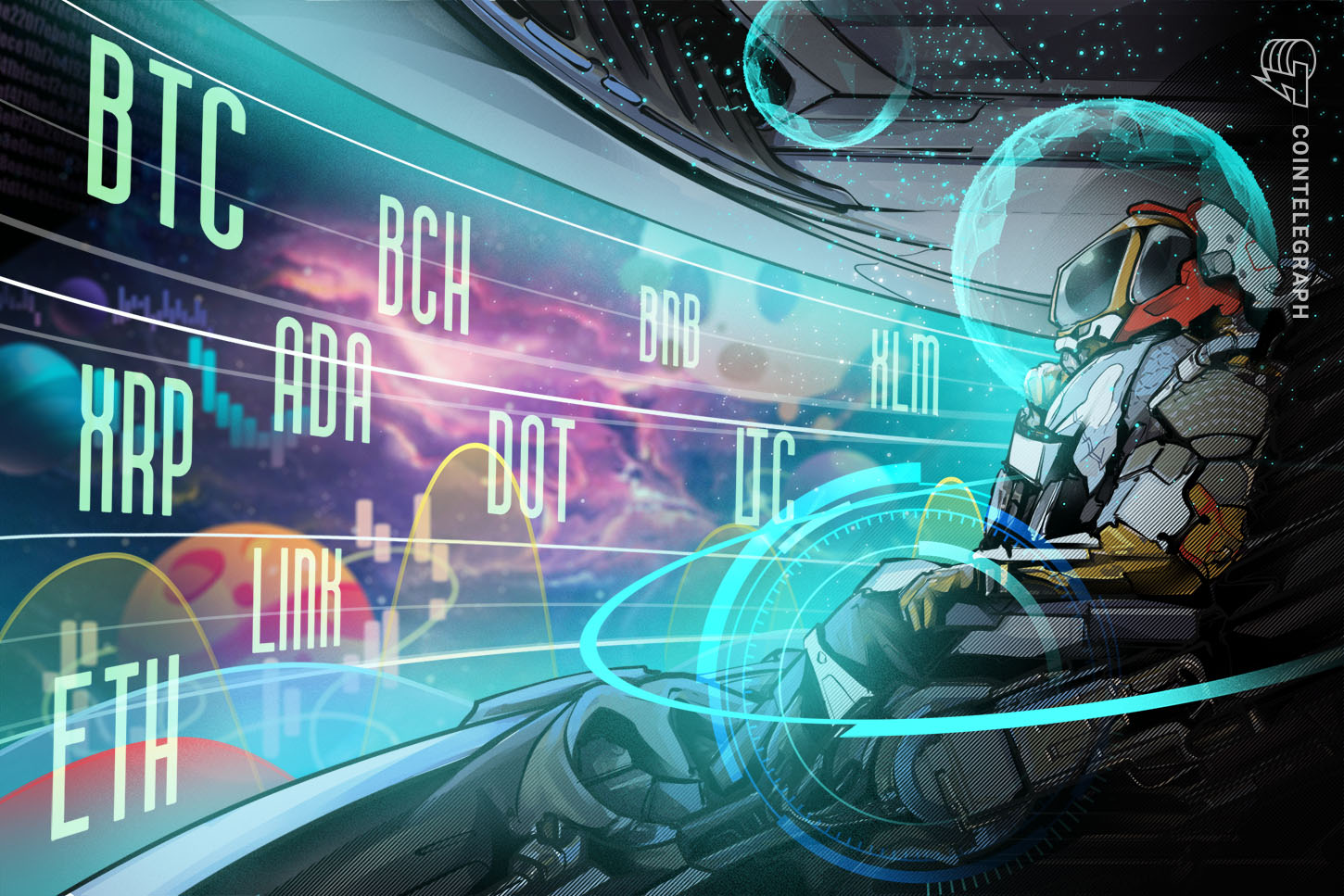 The crypto market has been in a strong bull run over the past few days and that has pushed Bitcoin (BTC) to its second-best day ever. Almost every trader now seems to be fixated on the magical figure of $20,000 per BTC.

After such a sharp up-move, some traders are calling for a top while others are projecting lofty targets for the future.

On the other end of the spectrum are analysts such as Off the Chain Capital chief investment officer Brian Estes who believes that Bitcoin could rally to $100,000 in one year and even better it to $288,000 by the end of 2021.

Another bullish view was projected by Gold Bullion International co-founder Dan Tapiero who opines that Bitcoin could rally to “somewhere between $300,000 and $500,000” in the next five years.

During a bull cycle, it is very easy to get sucked into making hasty decisions. Actions taken due to greed could wipe out the trading account, especially if traders use excessive leverage in a volatile market. Therefore, traders should stick to their trading strategies and mitigate risk.

After the vertical rallies of the past few days, is there more steam left or is it time for a correction? Let’s analyze the top-10 cryptocurrencies to find out.

Bitcoin (BTC) broke the $19,000 barrier on Nov. 24 and is trying to inch higher towards the $20,000 mark. The formation of a Doji candlestick pattern today suggests hesitation among the bulls to buy aggressively at the current levels.

However, the positive thing is that the bulls have not allowed the price to correct even to the 20-day exponential moving average ($17,095) since the uptrend started on Oct. 8. This shows that the bulls are buying on every minor dip.

Due to this incessant buying, the relative strength index (RSI) has remained in the overbought zone since Oct 21. The bears may try to stall the rally before the $20,000 level but unless they sink the price below the 20-day EMA, the bulls remain in control.

If the BTC/USD pair rises above $20,000 without a meaningful correction, then it may continue vertically, before turning around sharply. In a market with strong bullish momentum, it is foolhardy to call a top.

The frenzied buying usually signals a top, but before the reversal happens, it also offers the best periods to make money to the prudent trader.

Therefore, traders can book partial profits at stiff resistances and protect their remaining positions with a trailing stop-loss to protect their paper profits.

Ether (ETH) is facing profit booking near the stiff overhead resistance at $625. However, the shallow correction shows that the bulls are not closing their positions in a hurry. The bulls may again attempt to push the price above $625 in the next few days.

If they succeed, the ETH/USD pair could start its journey to the next major resistance at $800. The upsloping moving averages and the RSI in the overbought zone suggest that bulls are in command.

The RSI above 91 suggests that the markets are overheated in the short term and need to cool off. However, the long tail on today’s candlestick shows that bulls continue to buy at lower levels in anticipation of a further up-move.

If the XRP/USD pair rallies above $0.780574, the uptrend could enter a blow-off phase and reach $0.96. However, if the price turns down from the overhead resistance, the pair may remain range-bound for a few days.

Bitcoin Cash (BCH) rallied hard on Nov. 23 and 24 and broke above the $353 resistance but the bulls could not sustain the higher levels. The long wick on the Nov. 24 candlestick shows profit booking at higher levels.

A shallow correction will suggest that traders are not booking profits aggressively and fresh buyers are not waiting for a large correction to get in. That will increase the possibility of a resumption of the uptrend to $420 and then to $500.

Chainlink (LINK) has been sustaining above the neckline of the inverse head and shoulders pattern for the past few days but has failed to pick up momentum. This increases the possibility of a retest of the breakout level at $13.28.

A strong rebound off $13.28 will flip it to support and could start the next leg of the up-move, which may take the LINK/USD pair to $18 and then to $19.2731. The upsloping moving averages and the RSI in the positive territory suggest bulls have the upper hand.

This bullish view will be invalidated if the bears sink the price below $13.28. Such a move will suggest that the current breakout was a bull trap. A break below the 50-day simple moving average ($11.96) will tilt the advantage in favor of the bears.

Litecoin (LTC) once again closed above $84.3374 on Nov. 23. However, the Doji candlestick pattern on Nov. 24 shows indecision among the bulls and the bears. This indecision has resolved to the downside today.

The bears are currently attempting to sink the price back below the breakout level of $84.3374. If they succeed, the LTC/USD pair could drop to the 20-day EMA ($74).

If the pair rebounds strongly off the 20-day EMA, the bulls will once again attempt to resume the uptrend by pushing the price above $93.9282. If they manage to do that, a retest of $100 will be on the cards.

Conversely, a break below the 20-day EMA will suggest that the bullish momentum has weakened.

Cardano (ADA) surged above the $0.155 resistance on Nov. 24 and hit an intraday high at $0.1826315. However, the long wick on the day’s candlestick shows profit-booking by traders at higher levels.

The bears attempted to pull the price back below the breakout level at $0.155 today but the long tail on the candlestick shows traders are buying on dips.

The ADA/USD pair has formed an inside day candlestick pattern today, which suggests indecision among the bulls and the bears. This could result in a consolidation for a few days before the next trending move starts.

The bulls are having a tough time in sustaining Polkadot (DOT) above the $5.5899 level. Although the bulls pushed the price to $6.0857 on Nov. 24, they could not sustain the higher levels.

If the price rebounds off this level, the bulls will once again try to push the price above $6.0857. If they succeed, a rally to $6.8619 will be on the cards. The upsloping 20-day EMA and the RSI in the positive territory give the advantage to the bulls.

Contrary to this assumption, if the bears sink the price below the 20-day EMA, the pair could spend some more time inside the range.

Binance Coin (BNB) broke above the $32 to $33.3888 resistance zone on Nov. 24 but the bulls are struggling to build upon this strength. The bears are currently attempting to pull the price back below $32.

Contrary to this assumption, if the bears succeed in sinking the price back below $32, it may catch the aggressive bulls who have purchased the breakout off guard. If the price sustains below $32, the pair may remain range-bound for a few more days.

The sharp rally of the past few days has pushed the RSI above the 92 level. Usually, such deeply overbought levels are not sustainable and traders can expect a correction to start in the next few days.

A vertical rally is usually followed by a sharp correction. The first support on the downside is the 38.2% Fibonacci retracement level of $0.17513. The bulls are likely to buy this dip aggressively and the XLM/USD pair could remain volatile for the next few days.