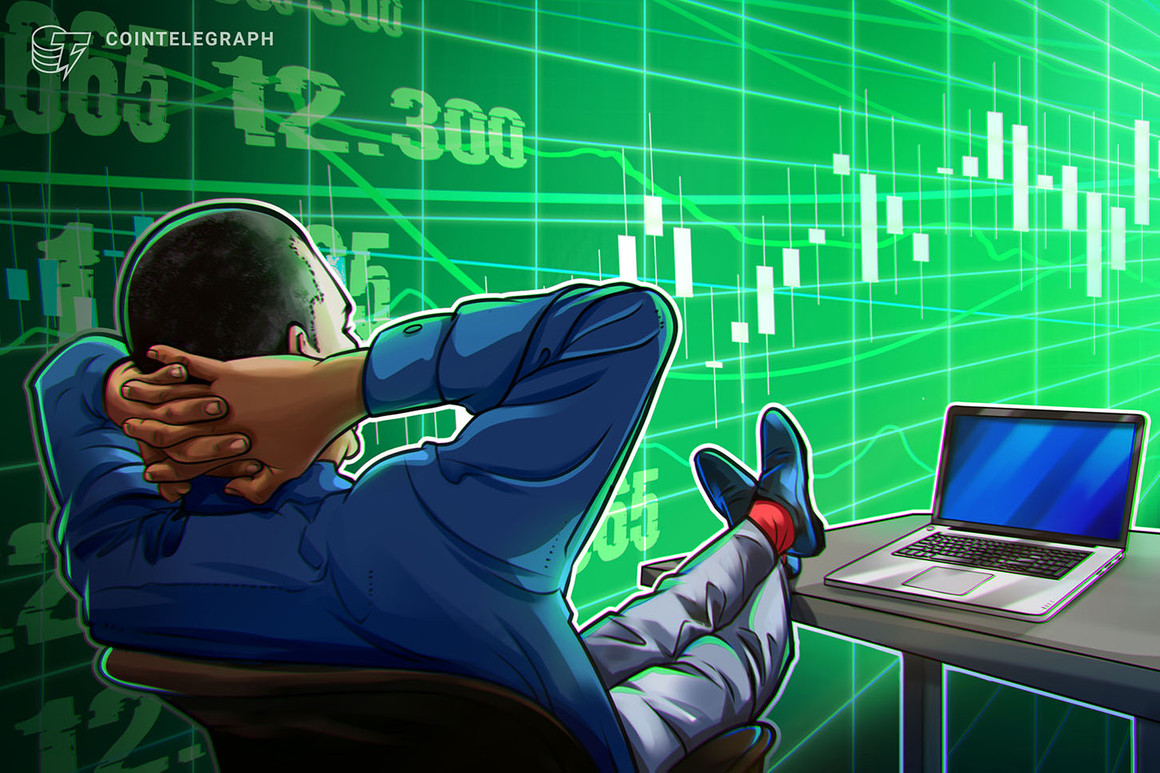 Voyager Token (VGX), also known as BQX at some exchanges, is the native token of Voyager cryptocurrency exchange.

The exchange separates itself from its competitors by claiming to be a commission-free crypto broker platform and its smart order router also allows clients to trade at multiple exchanges.

In addition to having a fiat gateway, the platform also offers market data, interactive charts,crypto research and up to 9% interest on stablecoins, along with staking returns for Bitcoin and other cryptocurrencies if users leave them in their exchange wallets.

On-chain data shows that activity started to pick up just a few weeks ago, with the number of daily active addresses surpassing 1,500 while transfers quickly reached $60 million.

The Canada TSX exchange listing deal also hides an interesting story. By acquiring a defunct shell company, Voyager was able to manage a reverse merger in Feb. 2019. More interestingly, not a single USD has been paid for the deal, which involved shares of the new company.

In Oct. 2019, Voyager announced a partnership with Celsius Network to manage a portion of its clients’ assets. Thus, the broker was able to diversify its staking offering.

Another notable milestone was Circle Invest acquisition completed in Feb. 2020, converting more than 40,000 accounts. Circle Invest was previously involved with the USD Coin (USD) stablecoin, besides Poloniex exchange, although both projects had already been divested. It is worth noting that the deal did not involve cash, being settled in Voyager Digital shares.

These developments explain the current uptick in user accounts and token activity and similar to Coinbase, Voyager’s fiat on-ramp and regulated status could make the exchange a top choice for future crypto investors located in the United States.

LGO CEO Hugo Renaudin explained that the French company would discontinue its dedicated institutional exchange, while LGO would operate under the Voyager brand, although focusing mostly on retail.

The overall traded volume on Voyager’s platform reached $120 million in Nov. 2020, while its asset under management surpassed $485 million on Jan. 15. To date, more than 200,000 users have downloaded the iOS and Android applications and further expansion into Europe should increase the platform’s user base.

Data from TheTIE, an alternative social analytics platform, shows that the recent price spike was preceded by increased social network activity. Apart from a few users complaining of KYC-related withdrawal issues, the general sentiment around Voyager and VGX are positive.

Offering up to 9.5% annualized interest returns on stablecoins and being a fully-licensed broker offering altcoin trading and staking to U.S. citizens seem to be the primary drivers behind the platform’s momentum.

As for the economics behind the VGX token, the possibility of a debit card with cashback rewards, withdrawal fee discount, and interest booster on staking might be needed to drive its valuation further.