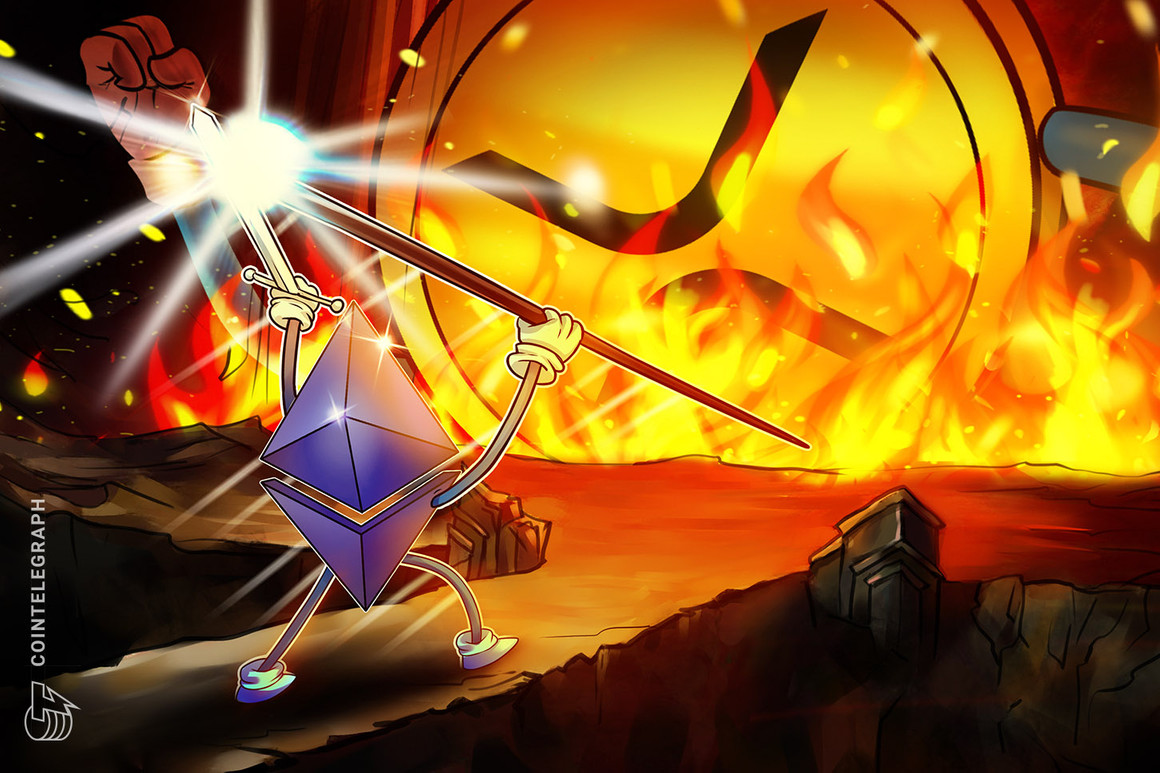 Ripple’s case before the Securities and Exchange Commission is threatening to have major, well, ripple effects for the industry.

On Jan. 29, Ripple Labs filed its response to the SEC’s complaint. Ripple, as it has many times before, argued that XRP is not a security i.e. an investment in Ripple and is therefore not in the SEC’s jurisdiction. Ripple is, moreover, prepared to drag the rest of the industry into its fight to make its case.

“The SEC has clearly picked two winners and ignored a growing and robust industry that is much larger than Bitcoin and Ether. In addition to discovery we will seek directly in the lawsuit, we filed a Freedom of Information Act (FOIA) request for more information about how the SEC determined the status of Ether as a non-security.”

The FOIA request in question, which is available here, brings into question Ether’s status. Representatives at the SEC have repeated many times that, while its presale may have been a securities offering at the time, Ether is sufficiently decentralized that it qualifies as a commodity and thus, Ether trading in the U.S. is under the jurisdiction of the Commodity Futures Trading Commission.

The FOIA request specifically asks for “All communications with the Ethereum Foundation and/or other relevant companies (including, but not limited to, ConsenSys) or individuals in the ether ecosystem (including but not limited to, Vitalik Buterin, Anthony Di Iorio, Charles Hoskinson, Mihai Alisie, Amir Chetrit, Joseph Lubin, Gavin Wood and Jeffrey Wilcke), or any attorneys or other individuals representing the Ethereum Foundation or other relevant companies or individuals in the ether ecosystem, and all documents, including internal communications, analyses, and other materials, that were prepared or relied upon by Director Hinman, or any other current or former Division Director, Staff, or Commissioner in reaching the determination that ether is not a security, including drafts of Director Hinman’s statements regarding ether and analyses prepared by SEC staff.”

The request is likely to entail a huge volume of records from several years of commission documents, given how long it took the commission to come forward with any statements at all.

The question of timing is critical in the Ether as security or commodity discussion. The Ether presale happened years before the SEC issued its DAO Report. A response to the meltdown of Ether investment into the Decentralized Autonomous Organization, the DAO Report was the SEC’s 2017 declaration that some cryptocurrencies were securities.

The subsequent years have seen enormous confusion as to what qualifies an initial coin offering as a security or not. Important to note is that Bitcoin, never having had a presale, never comes up in these conversations. The SEC has, nevertheless, never pursued Ether. But in December, the commission filed against Ripple in a landmark case that alleges that Ripple Labs’ sale of XRP constitutes an ongoing sale of investment contracts in the firm.

In its FOIA request, Ripple leans especially heavily on the claim that Bitcoin and Ether are both controlled by China-based mining pools, playing off of longstanding fears by U.S. regulators of Chinese control of digital assets. Ripple further asks for communications between the commission, particularly Division of Corporation Finance Director Bill Hinman, and key figures and attorneys for the Ethereum Foundation. While it is almost inconceivable that the SEC will back out of its many statements that Ether is a commodity at this stage in the game, Ripple’s aim seems to be to undercut the legitimacy of that decision in an effort to shore up its own defense.

The SEC’s case against Ripple has been coming for a long time, and Ripple has expended significant resources in trying to stave it off. While XRP also predates the DAO Report, the key argument is that Ripple continues to control the bulk of the XRP market in a way that, for example, the Ethereum Foundation, Vitalik Buterin, and Joe Lubin do not.

Since the SEC’s announcement, the price of XRP has collapsed and many U.S. exchanges have delisted the token.