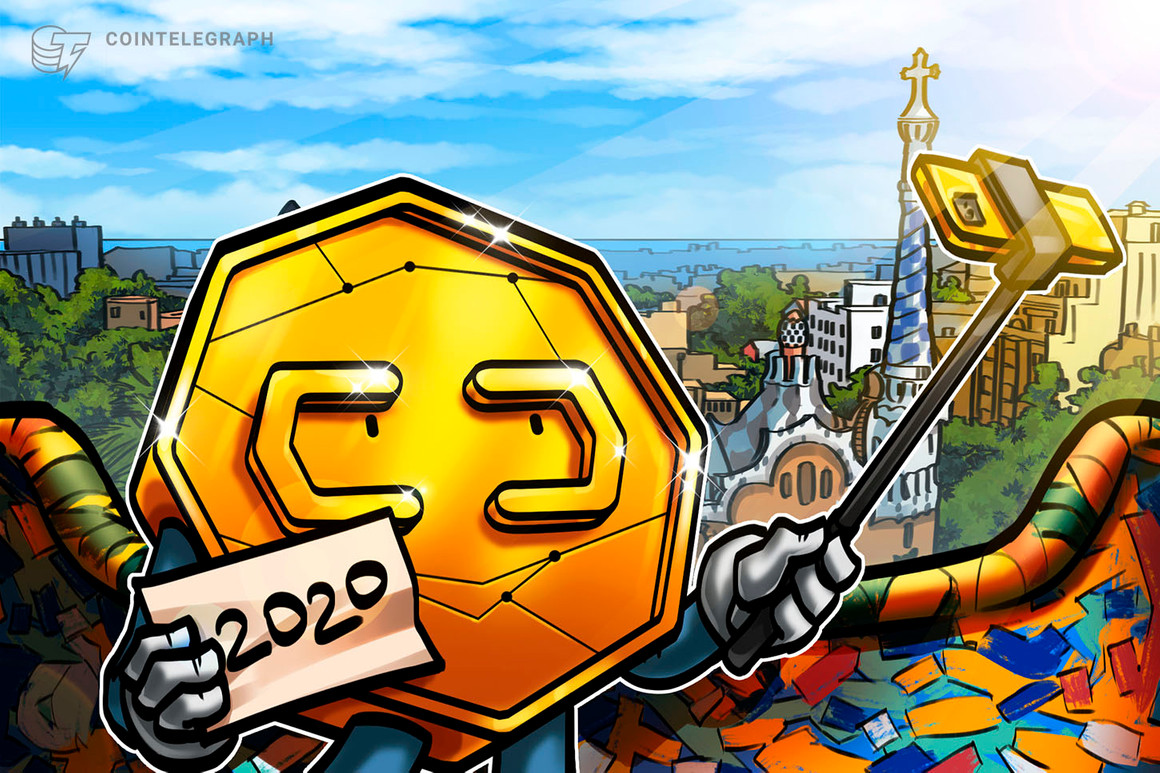 The year 2020 will go down in history for how the COVID-19 pandemic affected the Spanish economy. Beyond that, however, there have been important events from a governmental and regulatory point of view, as well as those related to private companies and the adoption of cryptocurrencies.

Cointelegraph en Español is presenting you a summary of the events that marked last year as well as highlights from various representatives of the local crypto ecosystem and opinions on what the industry can expect in 2021.

The Spanish Association of Fintech and Insurtech highlighted the importance of the sandbox: “Its immediate implementation will allow the generation of new initiatives in the Fintech ecosystem, facilitate access to financing, promote greater competition and reduce entry barriers.”

Ismael Santiago, professor at the University of Seville and CEO of OlivaChain I+D+I believes that these regulatory developments will favor “the creation of new value-added jobs, technological development and economic competitiveness.”

“Since its appearance in the crypto scene of our country, the doors of many international companies have been opened to the potential of the crypto world; being a very important step, in order to allow a greater arrival of crypto actives to the general public. There is still a long way to go, but of course, with the foundations established in 2020 with all these milestones, it is tremendously promising for the sector,” commented Álvaro Alcañiz, chief marketing officer and co-founder of Onyze, which offers custody and infrastructure services for digital assets.

“If this sandbox is carried out, it could make Spain a reference point in Europe, which could attract high investment in the sector, which would be a great stimulus for the crypto ecosystem and would also help to retain and attract national and international talent.”

However, as Spain is part of the European Union, it is also important to bear in mind that a proposal for regulation from the European Commission, related to crypto markets, has been made public. This is how the acronym MiCA came to be known, which refers to markets in crypto assets. Another important document is the Fifth EU Anti-Money Laundering Directive.

Crypto adoption and a hack

The adoption of cryptocurrencies in Spain has continued to grow in 2020. Besides, as far as Bitcoin ATMs are concerned, Spain ranks in the top 10 countries with the most units in the world, with a total of 119 at the time of writing.

Raúl López, country manager of Spain at Coinmotion, also offered his perspective: “The year 2020 will undoubtedly be remembered mainly for the appearance of COVID-19, which affected all sectors and industries worldwide. The stock markets collapsed, and market mechanisms did not work properly because even the traditional gold value refuge suffered a sharp fall. It is possible that investors were looking for liquidity, and the collapse in traditional markets may have forced crypto investors to liquidate high-risk investments to compensate for losses elsewhere or just to have liquidity in euros.”

He gave an example of his company to illustrate the increase in the total volume of operations: in February it increased by +53%, in March, the same trend was maintained, with an increase of +27% with respect to the previous month, where 65% came from purchase operations. “And in the following months, for example, in April, the volume reached in March was almost multiplied by four. And the same happened in May with respect to the volume achieved in April,” he remarked.

Another story that impacted the Spanish crypto world this year was the attack on the 2gether platform at the end of July. On Aug. 31, Cointelegraph en Español reported that the hack had resulted in the theft of a significant amount of Bitcoin and Ether (ETH). It should be noted that, after the attack, the company took a number of measures to overcome this situation and to compensate the users who were affected. In an interview, Ramón Ferraz, CEO of 2gether, explained in further detail.

Jorge Soriano, co-founder of a crypto platform Criptan, preferred not to highlight any Spanish development in particular, and considered that it does not have to happen either because “the crypto world is designed to be something global,” continuing:

“Its objective is precisely that in this ecosystem there are no borders or barriers throughout the world. What we can observe in Spain is that the consequences of what happened on a global level have been experienced. And in this sense, we have seen that in 2020, adoption has grown a lot. The number of users, purchases and sales has been increasing at a very high rate.”

He also said that a certain crypto culture has been increasing: “We are checking how users have more and more exposure to cryptomarkets. From our experience in Criptan, we have observed that users, instead of trading, buy crypto to sell and take out in euros. What they want is to be with part of their capital in Bitcoin.”

Álex Fernández, CEO of BitBase, highlighted the significant concern raised by many people who want to be informed and understand all the disruptive changes that are coming in relation to Bitcoin and blockchain. “We have established a closer relationship with the people, and many of them come to our points of sale to be advised on the matter. They inform us that the economic uncertainty we are going through has generated a lot of distrust with the politicians who lead and manage our country, as well as with the financial institutions, which have largely caused the economic situation we are currently experiencing, and which is unsustainable,” he said.

“They see in Bitcoin and blockchain an alternative when they know it gives them security and confidence.”

According to Ramón Ferraz, the rise of the BTC “shows the reality of a new currency based on the new decentralized economy, a refuge of value that is increasingly attractive to society.”

In a Sept. 21 interview to Cointelegraph en Español, Mariana Gospodinova, general manager of Crypto.com’s European division, stated that in Spain, the interest in cryptocurrencies has grown significantly.

Javier Pastor Moreno, sales director at Bit2Me, crypto services provider, put the focus on the pandemic, saying it “has changed everything.” He went on to say:

“The need to have a more modern, open and free monetary system, while sheltering from the massive fiat money printing by central banks, has caused the adoption to accelerate and put Bitcoin and crypto on the map. We are in the early stages of a process that will probably last a few years, but undoubtedly, the catalyst by luck or misfortune has been this crisis.”

Antonio Sánchez, CEO of Inforbyt and Cardano’s ambassador to Spain, commented: “We have seen a considerable increase in people asking the big question of: ‘What is Bitcoin, and what is it for?’ We are living in a historic moment: We are going through a global pandemic in which banks and big companies are reeling as Bitcoin goes up without a break.”

“The crypto market has been growing considerably in recent days, and adoption is taking place much more, perhaps out of fear of what might happen to fiat money, or perhaps out of boredom of seeing all the banks start charging even for holding large sums of money.”

The DeFi phenomenon was also present in Spain. Various activities were carried out, such as talks and virtual events, as well as some hackathons. The movement of decentralized finance, as it did on a global level, also aroused interest in the Iberian territory.

“Besides the big rise in the price of Bitcoin, I think the explosion of DeFi protocols has been the most important thing in the crypto ecosystem in 2020.”

Along the same lines, Guillermo Abellán Berenguer, co-founder of DeFi Lab, shared his point of view, saying: “It has become very clear that smart finance contracts allow interaction with services and products that, until now, needed a trusted intermediary. Currently, borrowing, lending, managing an investment fund or providing liquidity in decentralized exchanges, among many others, is possible without trusted intermediaries.” In an interview to Cointelegaph en Español, DeFi Lab explained how it is working on boosting decentralized finance in the Spanish-speaking world.

It was Josh Goodbody, director of growth institutional business for Latin America and Europe at Binance, who managed to concisely summarize the past year:

“2020 has been the perfect storm for cryptocurrencies, where everything apparently started happening at the same time.”

Why did Bitcoin price go down today? BTC traders brace for $23K retest
Bitcoin bulls must reclaim these 2 levels as ‘death cross’ still looms
Ordinals protocol sparks debate over the place for NFTs in the Bitcoin ecosystem
Bitcoin price is up, but BTC mining stocks could remain vulnerable throughout 2023
Panama’s Supreme Court to rule on cryptocurrency legislation