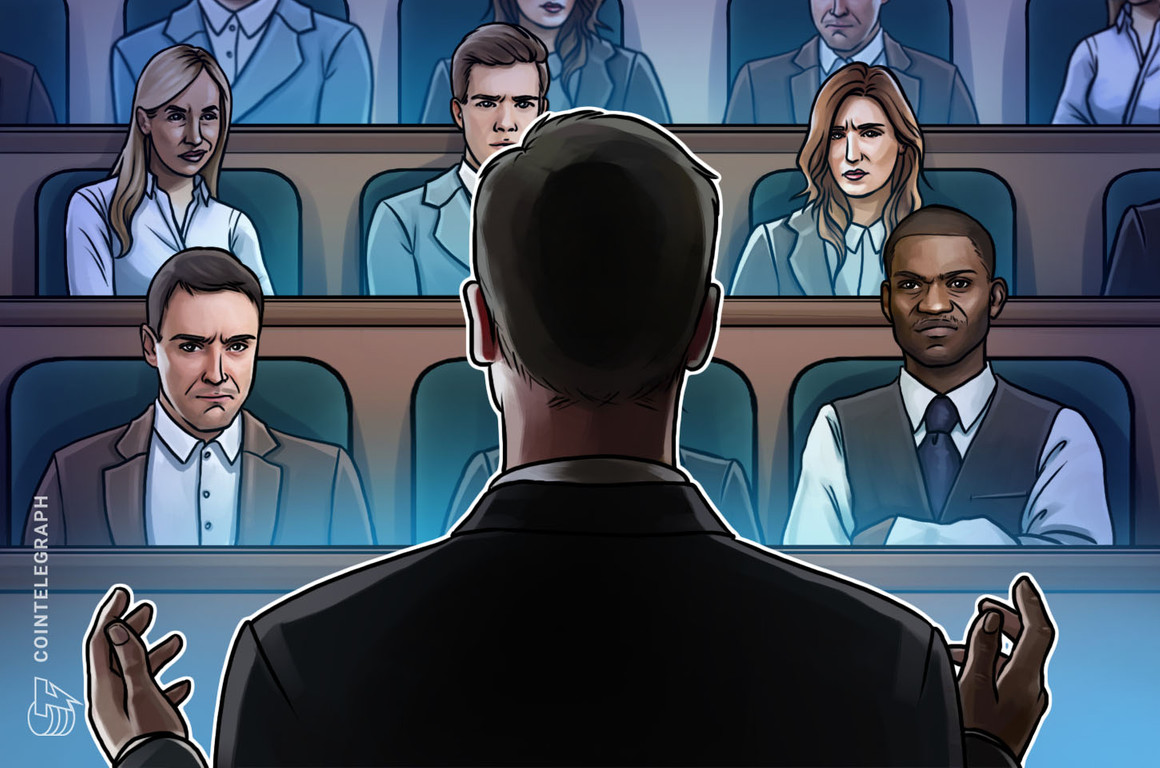 Guggenheim CIO Scott Minerd’s apparent shift from bullish to bearish and back again on either side of an SEC filing pertaining to a half billion dollar investment in BTC has been raising eyebrows on social media.

The observation was made after approximately $500 million in BTC was moved from Coinbase into a series of private wallets on Jan. 31, which corresponds with an amount and effective date in a SEC filing by Guggenheim Funds Trust.

I looked in to the 14K $BTC transaction from earlier

Split over 8 nicely mixed wallets, with some outputs going to a bunch of other non related wallets

~14466 $BTC which is approximately $500 million pic.twitter.com/pXVUZdvRxv

Prior to the filing, Minerd hit the headlines on Jan. 21, when he tipped BTC would see a “full retracement back toward the 20,000 level,” and that it was unlikely to head any higher before 2022.

In an interview with Bloomberg Television on Jan. 27, he said that institutional demand for Bitcoin was not high enough to keep it above $30k.

But since Jan 31, Minerd has significantly broadened his high end price estimation for Bitcoin, claiming it has the potential to reach $600,000 in an interview with CNN on Tuesday, based on its scarcity and the value of gold. This was up from his December estimation, based on research and analysis by Guggenheim Partners, that suggested Bitcoin’s fair price in the long term to be around $400,000.

Believing they were witnessing a wide discrepancy in publicly aired sentiment that may have consciously been of benefit to Guggenheim, many took to Twitter and Reddit to highlight Minerd’s seemingly contrary statements, as well as their timing and significance.

Remember Guggenheim wants you to sell #bitcoin so they may buy lower. Been trying to scare the market into thinking price will crash to $20,000, even though they think its worth $400,000. https://t.co/B4woO5ULcW

Some labelled it manipulation and others “FUD” although there’s no evidence Minerd isn’t simply responding to fast moving events in the cryptocurrency markets.

“I’ve been saying this all along,” said user Asher68W on Twitter. “Guggenheim started buying Bitcoin in December. “When the price increased in January, Minerd trashed BTC on media to keep the price down until finished buying.”

A $275 billion financial services company, Guggenheim Partners made the decision to invest in Bitcoin public with the filing of a SEC amendment in Nov. 2020, in which $500 million was to be allocated for an investment in Grayscale Bitcoin Trust.

A request for comment from Guggenheim Investments, the global asset management division of Guggenheim Partners, did not receive an immediate response.