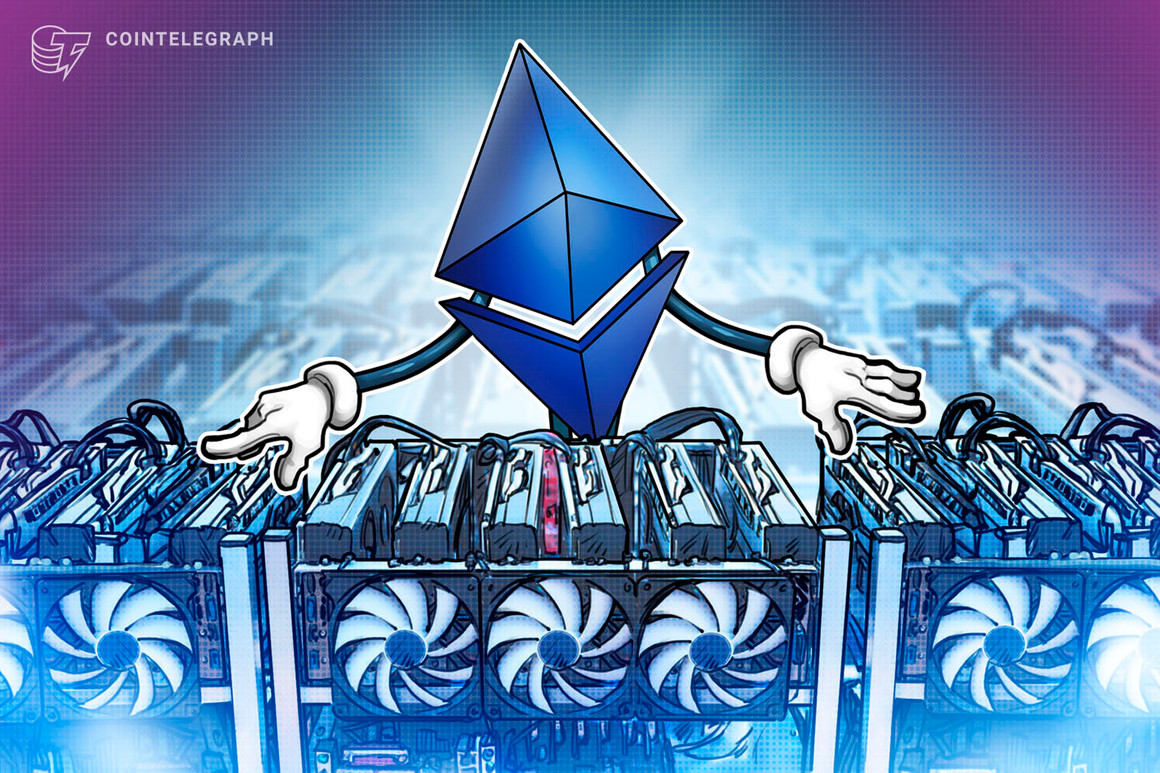 Nvidia’s latest GeForce RTX 30 laptops have become increasingly popular in China as a tool for mining cryptocurrency, according to several sources.

On Feb. 6, a Weibo user known as BTCer posted a bunch of images showing off GeForce RTX 30 series gaming laptops making up a solid crypto mining farm. “A laptop mine is up​,” BTCer noted in the post depicting dozens of laptops stacked up on shelves.

Several tech media outlets including VideoCardz and Wccftech subsequently suggested that the mining farm was set up specifically for mining Ether. The reports also cited a recent fun video by Bilibili user Fish Pond F2pool showing how easy it is to mine crypto on a laptop equipped with a new RTX 3060 graphics card. Using a laptop plugged into the wall socket at Starbucks, the user reportedly mined 0.00053 ETH (worth an estimated $0.89) in around two hours.

According to some estimations, one GeForce RTX 3060 laptop can potentially generate up to around 2.3 ETH per year ($3,900) at the current prices, apparently being able to cover up the cost of the laptop and energy costs in China. Having arrived in market on Jan. 26, different GeForce RTX 30 series laptops are priced between $1,000 and $2,000.

Chinese GPU miners are apparently driving more demand to the already shortaged market, should the latest reports be true. In January 2021, Nvidia’s chief financial officer Colette Kress said that the company’s supply “will likely remain lean throughout Q1,” stating that gaming demand was “off the charts,” and the firm has not been able to keep up.

Ether price spikes have historically been associated with higher miner rewards, particularly generated through abnormally high gas fees. On Feb. 5, average gas fees peaked at an all-time high of $25.2 amid Ethereum breaking above $1,700.

As Ethereum is set to become a Proof-of-Stake blockchain one day, the Ethereum mining community will have to find other options to generate rewards. As reported, the first phase of Ethereum’s PoS upgrade has been launched in late 2020.