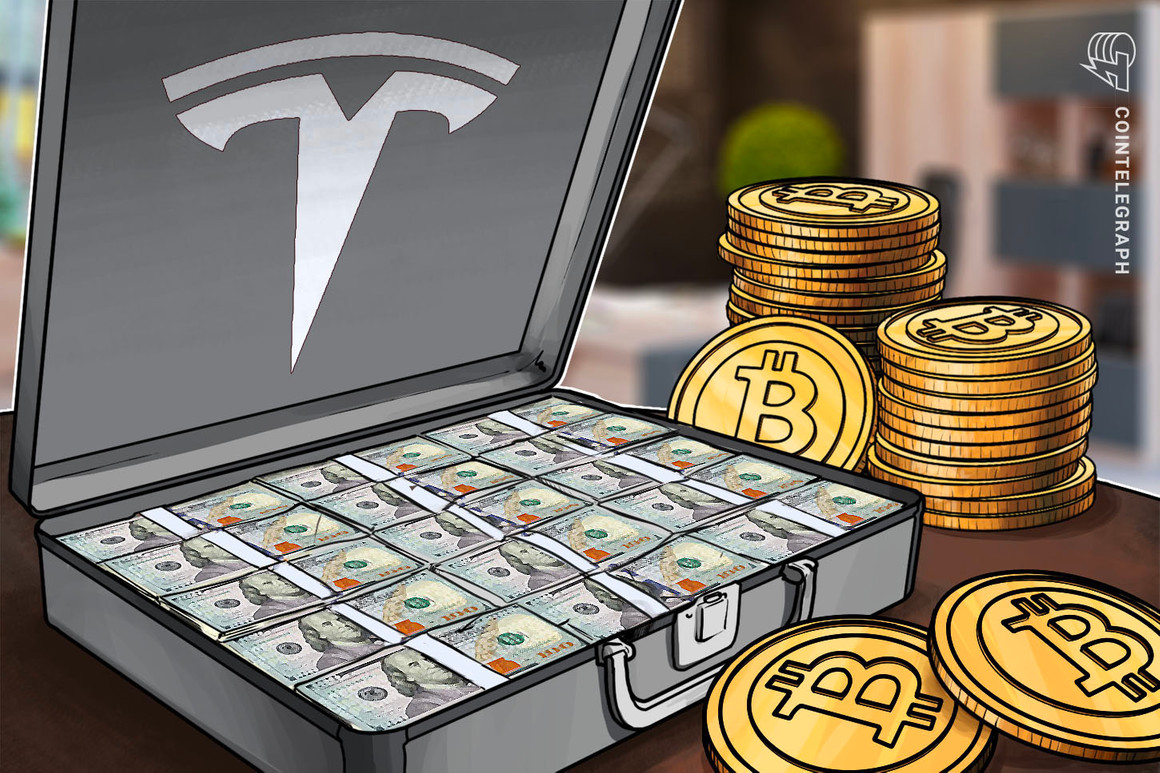 Tesla (TSLA) sent shockwaves across the financial markets Monday after a United States Securities and Exchange Commission filing confirmed that the electric vehicle maker has added Bitcoin (BTC) to its balance sheet.

According to the most recent 10K filing, @Tesla had cash & equivalents of $19.4 billion (gross), or $98 billion (net of debt and finance leases).

Using these figures as a reference, $1.5 billion in #Bitcoin represents an allocation of 7.7% on gross cash or 15.1% on net cash. https://t.co/FgRpzRcXBh pic.twitter.com/tDVqJGtj2Q

He derives those figures from Tesla’s cash and equivalents, which netted a gross of $19.4 billion by the end of 2020, or $9.8 billion net of debt and finance leases.

Tesla’s Bitcoin purchase puts it near the top of the corporate treasuries list. Only one other company – MicroStrategy – has purchased more of the digital asset as part of its strategic reserves.

Tesla is spearheading Bitcoin adoption at a crucial time in the bull market. Given Elon Musk’s propensity to move markets, Tesla’s newfound Bitcoin exposure could hasten retail adoption in the short term.