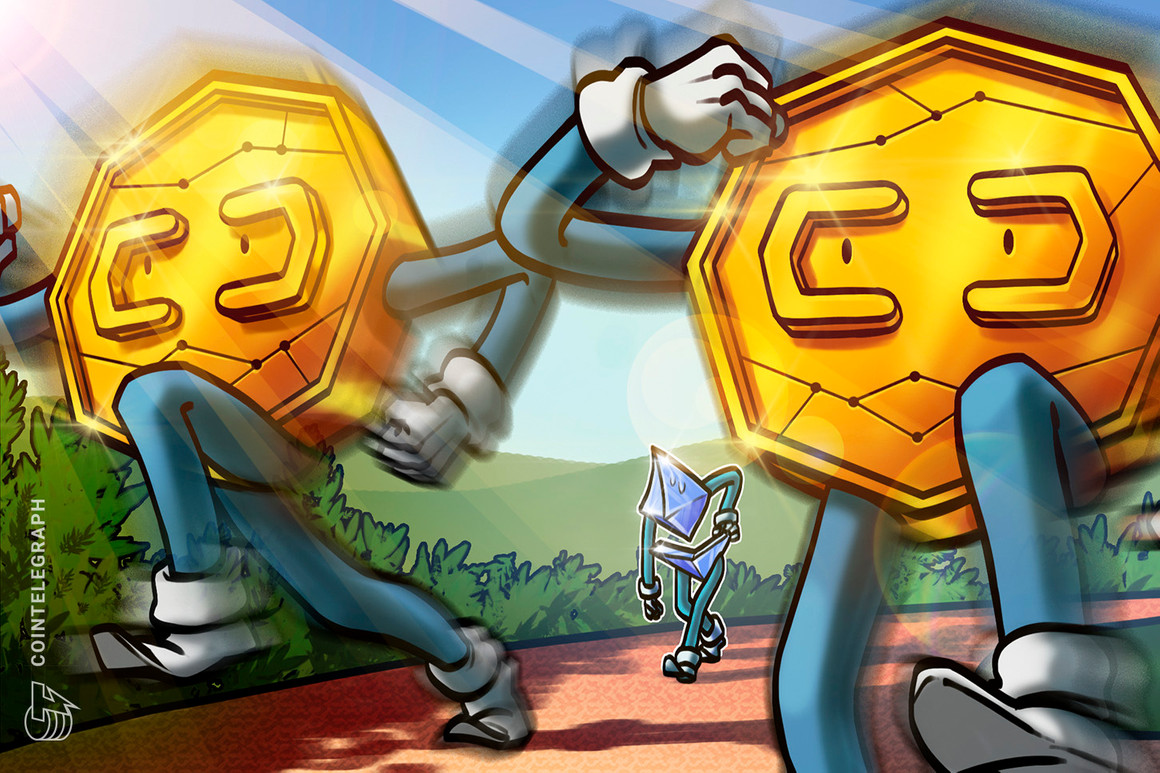 Despite epic price rises since the start of the year and the fact that it’s the second-biggest cryptocurrency by total market capitalization, Eth2 lags behind competitors in the staking rankings. So, why isn’t Ether (ETH) the number one staking cryptocurrency?

A brief history of proof-of-stake

Back in 2012, Peercoin developers Sunny King and Scott Nadal proposed a PoS proposal as part of a hybrid consensus model. In 2013, the Nxt genesis block hailed the first pure proof-of-stake blockchain, which Blackcoin rapidly followed in early 2014. At that time, crypto was still relatively niche, and consensus models, in general, were still not necessarily the contentious issue they would become in subsequent years.

After Ethereum launched in 2015 and development activity rapidly gained momentum, many projects wanted to emulate its success. However, Ethereum’s scalability challenges — resulting from its dependence on proof-of-work — quickly became a known issue. Therefore, core development teams started examining other consensus models, attempting to put their own spin on their predecessors’ work.

Delegated proof-of-stake emerged as one variation on proof-of-stake, pioneered by Dan Larimer. EOS, Tron (TRX), Lisk and others continue to use DPoS to this day. However, the model has come under widespread criticism for introducing too much centralization of control into blockchains.

Tezos (XTZ), which launched on mainnet in September 2018, devised a PoS consensus model involving delegation that overcomes some of the most critical challenges of the EOS-style DPoS consensus. Dubbed “liquid proof-of-stake,” the model allows XTZ holders to delegate their validation rights to other token holders. Validating nodes, or bakers, on the Tezos network, can use delegated funds as a contribution toward the minimum 10,000 XTZ required to become a baker.

Liquid proof-of-stake varies from the EOS-style DPoS in that there is no fixed upper limit on the number of validating nodes that can participate in the network. Neither is delegation a requirement for someone to become a baker on Tezos, whereas in the EOS model, someone can only become a block producer based on delegation.

Tezos can take the credit for being among the first platforms to popularize staking, even achieving institutional buy-in to staking thanks to a collaboration with Bitcoin Suisse. However, in 2020, several key developments in PoS blockchains saw staking take off, providing new income opportunities for crypto users.

In May, Polkadot launched on mainnet after spending several years in development. Only weeks later, Cardano launched the Shelley iteration of its mainnet, allowing stakers to participate for the first time, albeit with no other functionality yet live.

It’s worth pointing out that each of these platforms has its own purpose and goals. Ethereum stands true to its original vision of becoming a “world computer,” whereas Polkadot was developed with interoperability and economic scalability in mind. Cardano prides itself on its peer-reviewed research foundations.

However, what they have in common is that they’re all PoS platforms and all launched staking features in 2020. Currently, they also all make up the top staking platforms, with Ethereum trailing in fifth place, having similar staked value to Algorand. Avalanche comes in third place right before Algorand but presents a bigger staked value that’s closer to Cardano’s and Polkadot’s rather than Algorand and Ethereum.

The proof-of-stake model has been around since 2012, when it emerged as an alternative way to achieve consensus than Bitcoin’s computationally heavy proof-of-work. However, it’s taken until now for PoS to take off, spurred by the launch of staking on high-profile platforms including Ethereum 2.0, Polkadot and Cardano.

Arthur Breitman, one of the early architects of Tezos and a proof-of-stake advocate, told Cointelegraph that although PoS is taking time to be adopted, in his opinion, it has completely overshadowed PoW with the benefits it brings:

“Proof-of-stake has gone from a fringe idea in cryptocurrency circles, to completely mainstream with the launch of Tezos in 2018, and with large institutions like Coinbase participating in staking. In the meantime, consensus attacks on smaller proof-of-work chains and the high amount of inflation associated with new proof-of-work chains have made it clear that proof-of-work is no longer viable for launching cryptocurrencies.”

Why aren’t stakers rushing to Ethereum?

The most significant reason why stakers are more reluctant to stake on Ethereum is that the entry barriers are high with no prospects of a quick exit strategy in the event of any sudden price movements.

Eth2 stakers must lock away 32 ETH to become a validator, which, at the current ETH price, is worth over $60,000. Anyone who participates is in it for the long haul, as it’s not possible to unstake or transfer funds before the next phases of Eth2 go live, for which there is no defined date. Anyone who doesn’t have 32 ETH to stake could join a pool, but this can be risky, and pool participants also have to pay fees.

There could be other factors at play preventing Ethereum from being the favored staking platform. The Chicago Mercantile Exchange’s launch of institutional ETH derivatives is currently causing a significant stir in the ETH market, which could remove volume from staking.

Furthermore, other platforms have a longevity advantage over Eth2, which has only been in operation for a little over two months. By comparison, Polkadot and Cardano have had six months to lure in the stakers to join the network.

What about the competition?

Cardano may lead the pack in terms of staked value, but given that the project doesn’t yet have a fully operational mainnet and is working on a long-range roadmap to full functionality, stakers are taking their chances on a speculative future price for ADA that’s been performing very well so far, with substantial gains in 2021.

When asked about projects building on Cardano, Bakyt Azimkanov, director of global PR and communications at the Cardano Foundation, told Cointelegraph that currently, multiple projects are building or planning to do so on Cardano, adding:

It seems as if most projects building on Cardano are still in the funding stages rather than active development, so why is Cardano proving to be such an attractive platform for stakers? Azimkanov attributes this to several factors, telling Cointelegraph that staking on Cardano is easy:

“Users simply have to deposit ADA into a wallet that supports delegation and choose a stake pool to delegate to. The process is then hands-off until the user wishes to withdraw or change pools. Users retain their staked ADA in their wallets at all time, so it’s an incredibly safe way to generate delegation rewards without heavy user interaction or risking loss of funds.”

Development as a stimulus for staking?

Based on a holistic assessment of the five PoS platforms occupying the top spots, Polkadot currently offers the highest rewards to stakers — over 13% compared with around 4% on Cardano, 7% on Algorand and 10% on Avalanche.

But how is Polkadot managing to outpace the competition in terms of staking rewards? Peter Mauric, head of public affairs at Parity Technologies — a blockchain infrastructure firm behind Polkadot — told Cointelegraph:

“Staking rewards in Polkadot are a byproduct of network participants’ willingness to lock their tokens into the staking system. High rewards are an indication that the staking rate is close to optimal. Because validators on the relay chain are going to be securing individual layer-one parachains, the assumptions made in the token economics are quite different from simplistic models where there is a singular smart contract platform state to manage.”

In terms of development progress, Polkadot is ahead of its staking competitors. According to PolkaProject, which tracks development activity on Polkadot, there are currently over 350 projects actively building on the platform, which is a positive signal for maintaining ongoing value.

Of the staking platforms leading the pack, including smaller projects, such as Avalanche, Algorand and Cosmos, only Polkadot, Cardano and Ethereum can claim to have a substantial amount of development activity.

Mauric believes that the levels of activity on Polkadot, along with the promise of interoperability, also contribute to its popularity as a staking platform, stating that projects developing a wide range of smart contract parachains “will seamlessly interoperate both within Polkadot and over bridges to external networks that are preparing to launch.”

A golden age for staking?

It may still be the early days in the staking wars, but the current “big five” look fairly settled at the top of the tables as things stand. However, there’s still every chance some further jostling may take place among the staking leaders for the top 10 spots over the coming weeks and months.

For those looking to participate in staking their crypto, there’s never been a better time — but of course, one should always carry out research. Although staking may indeed bring high rewards over a certain period of time, it does come with certain risks that the user should be aware of.