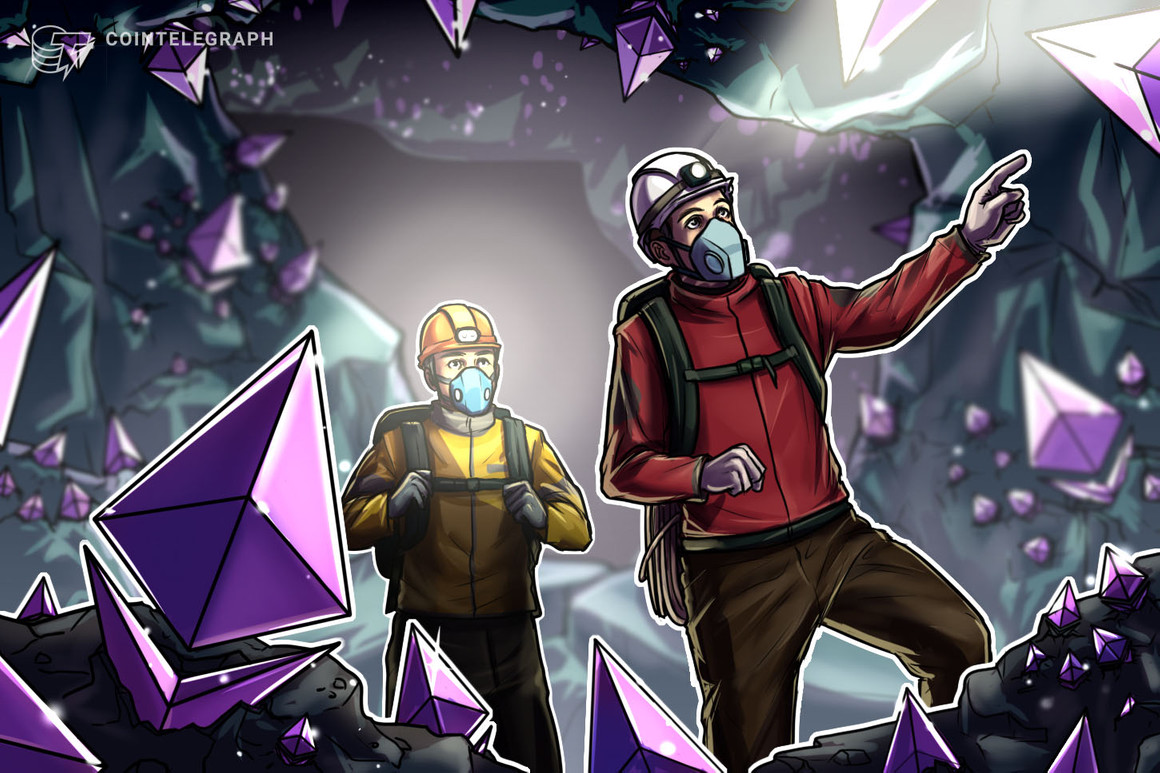 Ethereum miners continue to enjoy lucrative payouts for their efforts in 2021, while the smart contract blockchain platform edges closer to a move away from its proof-of-work consensus. The past few months have been phenomenal for much of the cryptocurrency space, as the likes of Bitcoin (BTC), Ether (ETH) and various other coins have seen monumental gains in value. The increased volume of transactions and users have also directly benefited the cryptocurrency mining ecosystem.

Ethereum miners in particular have banked serious profits due to the success of decentralized finance projects running on their blockchain. These various DeFi platforms have driven transaction volumes and activity on the Ethereum blockchain, which has led to skyrocketing fees and increased processing times. While end-users have to bear the brunt of increased transaction fees, miners have been smiling all the way to the bank.

As a result, Ethereum miners saw record revenues of over $830 million in January 2021, levels not seen since the first few weeks of 2018 before Ether, Bitcoin and the wider cryptocurrency markets crashed after the spectacular highs of December 2017.

While Bitcoin sits firmly at the top of the list of cryptocurrencies by market capitalization, BTC miners are not enjoying the same level of profitability as Ethereum miners. Philip Salter, head of operations at Genesis Mining, told Cointelegraph that while mining Ethereum is “super profitable” at the moment, current miners and potential newcomers must still be aware of the initial barriers to entry.

Salter noted that Litecoin (LTC) and Dash mining is also lucrative but is still not on the same playing field as BTC and ETH. He also added that all other cryptocurrencies that are mined using graphics cards were not as profitable as mining ETH.

The pseudonymous founder of Pylon.finance, OxGrimReaper, also weighed in on the current mining climate and the current superior profitability of Ethereum mining, telling Cointelegraph:

“ETH is the most lucrative mining opportunity at the moment, even more so because of a GPU and hardware lockout in retail. Plus we’re in the middle of Chinese new year, meaning no production happening in factories. The entry barrier at this moment is as high as it’s ever been.”

The Pylon.finance founder also said that while Bitcoin mining was less lucrative than GPU mining, it’s easier to gain entry, given that users can buy ASIC mining machines, which are essentially plug-and-play. However, GPU mining has various barriers to entry, including the cost of GPUs, the technical knowledge required to set up a system, as well as operational considerations.

OxGrimReaper also agreed that the success of DeFi platforms has had a major part to play in the profitability that Ethereum miners are currently enjoying. Ethereum gas fees, which are the fees paid to miners for processing a transaction, have sky-rocketed in tandem with the increased use of DeFi platforms, and he says this is a positive sign for miners:

ETH miners have some time to prepare for Eth2

For the time being, Ether miners are continuing to cash in on the high fees and transaction volume as they maintain the blockchain. This is despite the ongoing, slow-moving transition to Ethereum 2.0, which will signal the start of an end of Ethereum mining once the mainnet merges with the proof-of-stake Beacon chain, which was launched in December 2020.

The move away from the current PoW protocol, which Ethereum currently runs on, is aimed at making the blockchain more scalable, secure and sustainable. However, it will also bring an end to what has been a profitable enterprise for Ethereum miners. While the full transition to Eth2 is still very much a blip on the horizon, Salter says that miners will carefully weigh-up improvements to their operations as Eth2’s development continues:

“Ethereum switching to PoS has been a possibility for a very long time, but it always seems to be about two years down the road. Miners will assess the risk of this happening before they do any investments into new hardware.”

Salter added that a more pressing concern is the upcoming Ethereum Improvement Plan EIP-1559, which proposes to burn a big portion of the transaction fees instead of giving it to the miners, has substantial implications for the profitability of ETH mining: “If accepted, this will lead to a significant reduction in mining rewards — up to 50% less. Such drastic changes affect the Ethereum ecosystem quite frequently, creating uncertainty for investors.”

Ethereum’s transaction fees have continued to skyrocket in February 2021, with data from Blockchair estimating that the average transaction fee for Ether was up to $50, compared to Bitcoin’s average of $30 per transaction.

Meanwhile, OxGrimReaper said that their operation could quite easily swap over to mine other cryptocurrencies profitably that make use of GPUs instead of ASICs, which are used to mine cryptocurrencies, such as Bitcoin:

“There are 10+ coins that our GPUs can mine profitably with no issues. We are doing so now with the 4G cards deprecated on Ethereum. It is mining Ravencoin with some profitability. For us, the protocol isn’t as important as the arbitrage between electricity and computing hash rates.”

Nevertheless, cryptocurrency commentators, such as Lark Davis, also known as “The Crypto Lark,” have stressed the need for Ethereum’s developers to expedite the transition to Eth2 and give users some respite from the astronomically high Ethereum transaction fees.

While many users have taken to using DeFi platforms, such as Uniswap and 1inch, to perform simple swaps between trading pairs, the fees for these services and transactions are becoming exorbitantly high for the average user, making it hard to onboard new people into the DeFi sector.

Moonbirds creator Kevin Rose loses $1.1M+ in NFTs after 1 wrong move
5 reasons why the Aptos (APT) rally could still have wings
Binance Charity to provide over 30K Web3 scholarships in 2023
Crypto lawyers to be in demand as regulatory pressure reaches boiling point
Number Of New Ethereum Validators Remains Flat Ahead Of Shanghai Upgrade