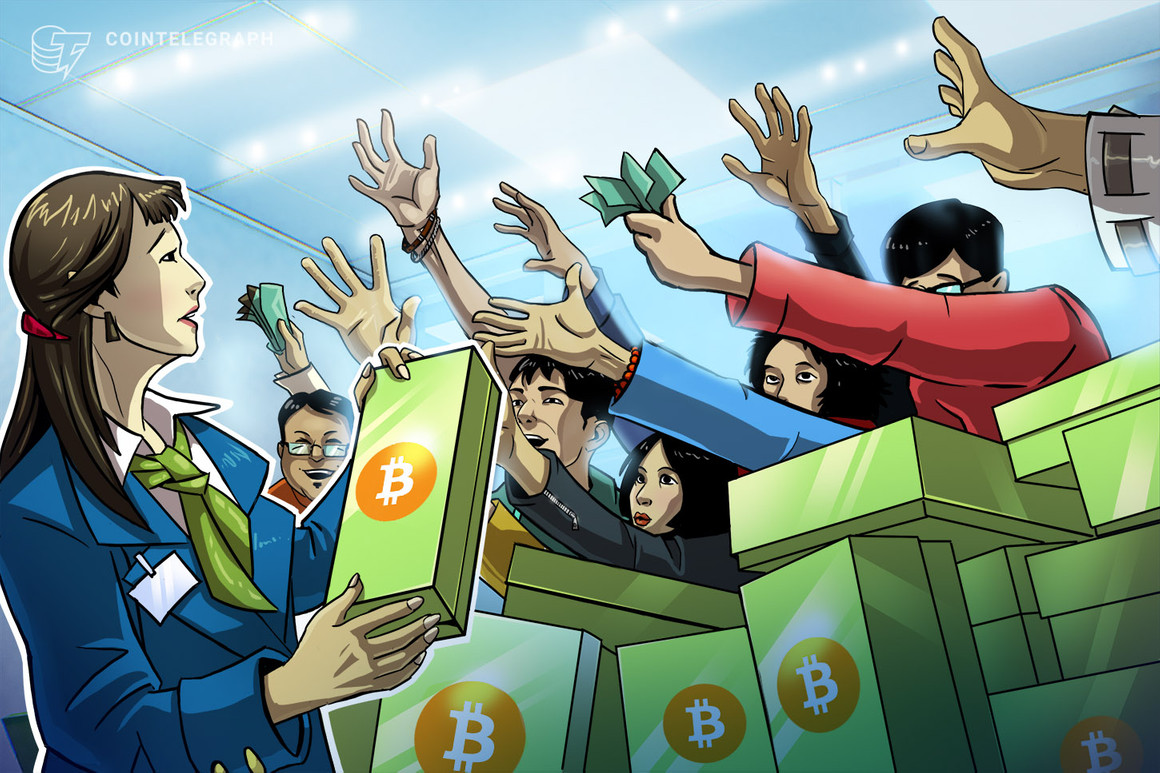 The BTC/USD pair briefly dipped below $44,000 on Bitstamp before paring some of the losses, bouncing back above $45,000 at the time of writing.

Some analysts have pointed out an uptick in miners’ selling as the reason behind the latest drop in price.

It’s a whale war, and you know who got the real power.

Fortunately, the third retest of this key support level may have a silver lining for the bulls. Data analytics resource Glassnode noted that the daily Bitcoin Spent Output Profit Ratio (SOPR) has seen a “full reset.”

The SOPR essentially shows whether spent outputs are in profit or loss at the time of transaction. This key metric turned negative for the first time since September 2020. In other words, investors are now moving BTC at a slight loss on average, suggesting that profit-taking has abated, according to Glassnode.

“In total, we saw an on-chain net realized loss of $243 million yesterday,” the analysts added.

“That is the lowest daily value since April 2020.”

He considers this a potentially bullish turnaround for BTC price in combination with last week’s reset of derivatives funding rates because such events have previously coincided with the start of new uptrends.

“The SOPR has now reset (green on the chart) meaning that wallets selling are now selling at a loss,” he explained, addin:

“This is a strong ‘buy the dip’ signal in a bull market. This alongside derivative fundings having reset is bullish.”

The last time the SOPR flipped green was five months ago when Bitcoin was trading around $10,000. At the time, this was a key hurdle for BTC to trigger a new bull market. Since then, the price has surged more than five folds to new all-time highs of around $58,000.

Nevertheless, many traders remain cautious as the market enters the month of March, which has historically been bearish for cryptocurrencies, and all markets in general.

“I think March may be slow with a lack of confidence in traditional markets but overall I am bullish Bitcoin and expect significantly higher over the next three months,” said Swift in private comments.

In the meantime, Bitcoin traders are keeping a close eye on the $44,000-$45,000 level. Trader Willy Woo, for instance, says the $45K level is very strong support and expects any dips below this level to be bought up aggressively should they occur.

UTXO Realized Price Distribution. This is the on-chain, more precise version of volume profile. The peaks represent the price where most coins changed hands.

“It’s been a red weekend thus far, with most eyes on Bitcoin as it has rallied back vs. the climb altcoins were making,” they said, adding:

Keep an eye on the $44k support level for BTC as an indication to monitor for all of crypto. As well as BTC’s on-chain activity.