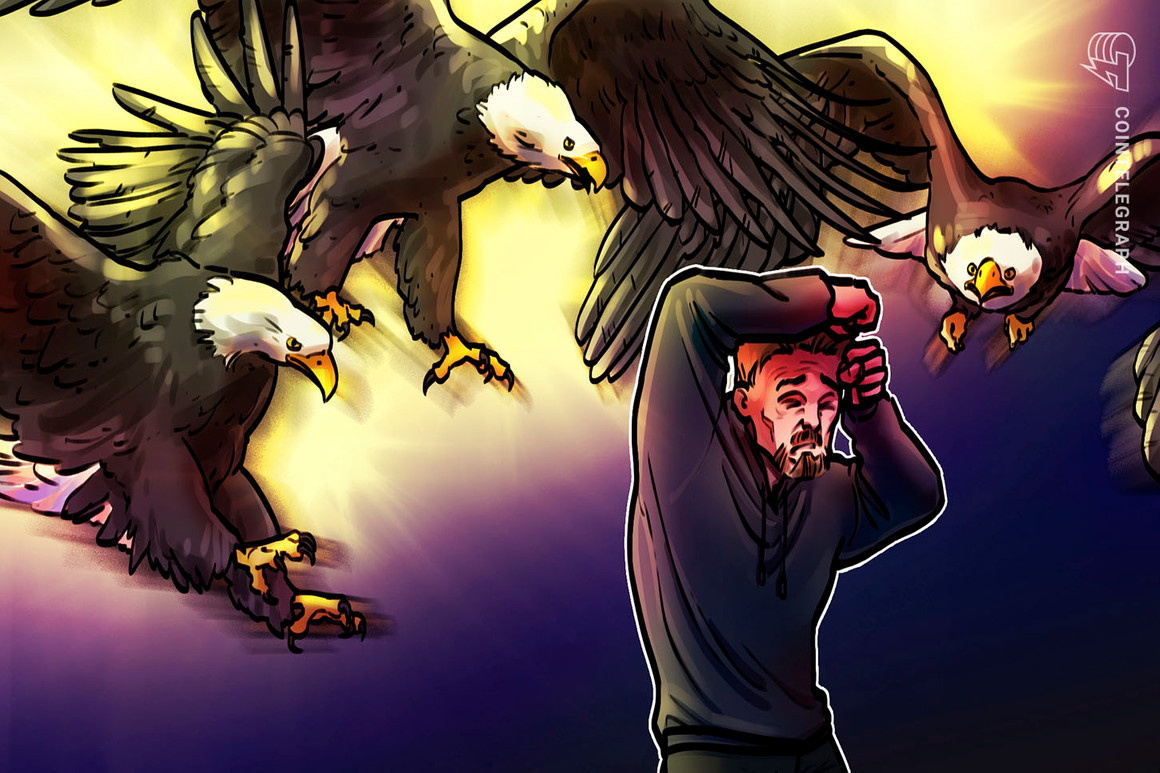 Earlier this month, antivirus pioneer John McAfee was officially charged by the United States Department of Justice on seven counts of fraud and money laundering. These charges have been filed with respect to his activities in the crypto space from 2017 to 2020.

It could be some time before McAfee actually has to face these charges in court, as he is currently being detained in Spain under a different warrant issued by the U.S. Internal Revenue Service. While extradition from Spain to the United States should be easy, over the past few years the European Union has taken a much dimmer view on sending people back to the United States, given its seemingly “random” application of the law and what many consider to be an archaic penal system.

In order to best understand how this impacts projects, those unfamiliar with the U.S. legal system should start by knowing who the players are. The DoJ prosecutes criminal matters, the IRS prosecutes and manages tax affairs, and the SEC is one of five civil regulatory bodies dealing with securities laws. To best understand that, let’s look at each element one at a time.

In mid-2017, McAfee took to the social media platform Twitter to speak generally about crypto. He undoubtedly noticed the impact he was having on the crypto market and the amount of attention it brought him. Later in 2017, after a huge number of users flocked to his tweets, he started speaking more specifically about several projects. We will discuss how he picked those projects later.

To be fair, during this whole time, his Twitter use was not confined only to crypto activities. In the same period, he did also speak about other things such as his possible planned presidential campaign, wanting to make love to a whale and eating his “junk” if Bitcoin (BTC) didn’t hit a certain price.

Fornication aside, it was the crypto-based tweets that have landed McAfee in hot water. Let’s take a look and see how this possibly impacts crypto-project promoters.

The DoJ is treating all cryptocurrencies as a security

In applying securities laws, the DoJ views all cryptocurrencies as a type of security. This means, slightly different from the SEC, that there is no separate classification as a utility token. If you promote a crypto, regardless of what the project views it as, the DoJ will look at it as a security, especially if liquidation of the rewards is done through a public company.

The biggest aspect of this whole issue is that McAfee decided to liquidate a lot of his crypto holdings through New York Stock Exchange-based companies, again adding to the breach of U.S. regulators’ rules, amounting to a possible criminal action.

If you have holdings of a crypto you promote, disclose it

The DoJ sees McAfee’s activities with his tweets as a type of fraud. To artificially induce (encourage) people into a project in order to inflate the price before selling everything you own is a type of fraud. You are, in its view, robbing people. Make sure that if you are promoting any kind of crypto on Twitter, you disclose any holdings you may have in that crypto itself.

The DoJ considers it possible that you can manipulate the crypto market in the same way that you can manipulate the stock exchange. This is huge. The crypto market has always maintained a level of independence from regulators; however, with this action, the DoJ is acting like the crypto market is a fully regulated body. Projects, advisers and experts should be careful when promoting a project. Although, at the moment, we are not sure if this market manipulation is the result of the filtering of funds through a public company on the NYSE. Time will clarify.

The IRS is still stuck in the times of Al Capone

Back in the days of gangsters, it was almost impossible for the U.S. government to capture the notorious Al Capone. Outside of the alleged countless murders, money laundering and general organized crime, Capone was finally arrested on tax avoidance charges. It’s a playbook the U.S. has deployed for years — if it wants you in jail, it cites tax laws. U.S. tax laws are far reaching for U.S. citizens and residents. Therefore, if you are a U.S. citizen, resident or corporation, make sure your taxes are in order. If you do any business in the U.S., make sure your taxes are in order.

This will only apply to U.S. citizens

The reality is that the laws the DoJ is applying are not a standard set of laws in every country. For example, Russian securities laws are massively different from those found in the United States, meaning what is a crime in the U.S. is not even considered “bad business” in Russia. However, that can change if the coin itself is listed on a U.S.-based crypto exchange or business is done in the United States by the company. If the coin is listed on a U.S.-based crypto exchange, or does business in the U.S., then the DoJ would have jurisdiction over anyone that interacts with the items doing business in the United States.

Twitter is not the best place to promote crypto projects

We all know it’s not 2017 or 2018, and the crypto industry has grown up since that first boom. However, Twitter is a U.S.-based company and very much under the control of United States law. Regardless of what any of its subsidiaries may do, its headquarters is in the United States. If you are thinking of doing anything that could be viewed as promotion on Twitter, then avoid it.

Do not use public companies to liquidate holdings

The biggest problem is that McAfee liquidated a lot of his holdings through NYSE (public) companies. This kicks in a huge amount of securities laws in the United States. There is a lot of attention paid to Coinbase users and its movements on going public soon! This could have a possible impact, as all transactions will become reportable through a public company.

So, how did McAfee select who he tweeted about?

In his later days of tweeting (2018 to 2019), McAfee used to charge around $50,000 to “back” a project. That meant tweeting about the project and in some cases allowing the use of his face on the project itself.

In the early days, we are not sure. Take for example Electroneum (ETN), the first project that McAfee tweeted about directly, which launched in the United Kingdom in September 2017. Electroneum asserted that McAfee was not paid anything to run his promotion of the project. We also do not know if McAfee actually held or cashed out on any Electroneum.

You can see from his tweets at the time that he was not totally sure why some of the claims made by the company were a good thing — however, he was saying them anyway. This is usually indicative of someone who is simply saying what they have been told or copying and pasting from a white paper. Additionally, and not helping the situation, a lot of those claims seemed to be badly researched. The project was claimed to be “the first British crypto” despite being beaten by numerous others including Glocal, a university project that launched some six months earlier in Liverpool, and Ideas Assembly, which developed a blockchain IP platform in Bath some 12 months before the project launched. Yikes. Although, both of these projects were admittedly nowhere near as big as Electroneum, and both subsequently folded into different things.

Essentially, we know that later in 2018, McAfee would publish anything he was paid to write — without any research and with very little to no commentary on these projects themselves.

This will impact projects and advisers

If you are a U.S. citizen or resident, then it would be worth not doing anything that could be seen as “promoting” a project without disclosing if you are holding or being paid to do so. If you are outside of the U.S., make sure the project is not listed on a U.S. exchange or planning on doing anything in the United States. If it is, likewise make sure you use the same disclaimers on any tweet you make about crypto.

It is worth remembering that at the moment, these are only charges. This does not mean that McAfee or any of the companies he promoted broke the law. There is a big difference between being charged with an alleged crime and being found guilty. This means everyone who promoted a project over the 2017-plus timeline should not panic.

Most of us will be watching this action with interest to see where it leads!

Nothing in this article is constituted as legal advice. Electroneum commented on the situation and confirmed that it did not pay McAfee any compensation for his promotion of the project.

Cal Evans is an international technology lawyer from London who studied financial markets at Yale University and has experience working with some of the best-known companies in Silicon Valley. In 2016, Cal left a top 10 California law firm to start Gresham International, a legal service and compliance firm specializing in the technology sector that now has offices in the U.S. and the United Kingdom.